How BIM 360 Docs Can Benefit Your Entire Company

“Change or die.” It’s a truism in business that applies across the board, from the most niche services to mass-produced mainstays: in order to remain successful, companies must continuously adapt to change. When it comes to adopting new building technologies (3D modeling or improved surveying technology, for instance) the AEC industry as a whole is on the right track.

Architects, engineers, and contractors have been vocal over the years about their appreciation of the Autodesk cadre of products like Field, Glue and A360, but they’ve also expressed the desire for a foundational tool that could act as the base from which all other products could be utilized. Autodesk used that feedback in BIM 360 Docs.

As an online construction project management software tool it allows fast viewing across product teams and prevents the need for transference of data from one system to another. The fundamentals of the building process -- 2D plans and 3D models -- are finally bridged together in the same system allowing AEC professionals the previously unavailable ability to navigate between both plans easily. Other elements like markups, issues and version control are a part of the software, eliminating the need for extraneous tools to complete essential tasks. Notifications, custom attributes, naming automation, and access control allow users to find the specific information they happen to be looking for.

What BIM 360 Docs brings to the workflow process is similar to that of another industry, software development. For some time now, programmers have been using the project roadmap system, agile workflow. In recent years, agile workflows have increasingly been implemented in a multitude of other industries for project planning, and for good reason. It recognizes that getting from A to Z is not a straight shot. In fact, strong product development involves a lot of detours along the way. BIM 360 Docs allows for these detours by eliminating issues that used to come with a non-linear construction project workflow.

Project teams can collaborate seamlessly on current versions of building plans. Teams have the ability to markup data relevant to them, but to the relief of document managers, this data does not have to be removed from the program and added back in anymore. Nor does there have to be ambiguity about issues that were resolved from version to version. Instead, there is granular access control allowing private conversations between specialists before releasing data back to the team. This cuts down on the inevitable issues that come with managing thousands of sheets and multiple plan versions. BIM 360 Docs works with the workflow instead of against it. Mobile access to documents in the field is key

BIM 360 Docs is a cloud-based construction project management software, so anywhere project team members are they’ll have access to the building plans they need. This increases both the speed at which information can be shared and the levels of collaboration. If an issue pops up at a job site, the foremen can use their mobile devices to relay it to the designer, who can then rework the problem and update the document version which will instantly be available to the foremen. In the past, that kind of issue could have easily taken a day or more to fix between documenting the change, sending it to the document manager, mockups and deliver of new plans. With BIM 360 Docs, time sensitive information can be shared quickly and there is anytime collaborative access throughout the team.

Indeed a nimble product, BIM 360 Docs offers users a greater ability to organize the document management process which leads to improved efficiency across the board. It can be used broadly if a bird’s eye view of the project is needed, or granularly when a specific project team is working through an issue. There are two versions of the BIM 360 construction management software: a very capable free subscription and an upgraded paid version with more features. It is truly a product that ushers change to the industry by allowing collaboration between every member of the team in one place.

Ready to get started with BIM 360 Docs? 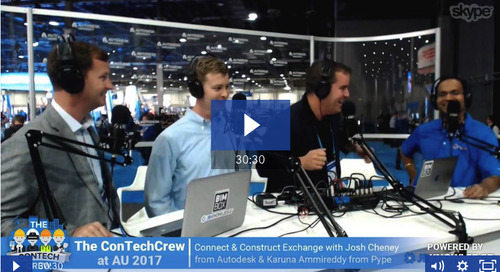 At Autodesk University 2017, The ConTechCrew sat down and talked construction project management and BIM 36... 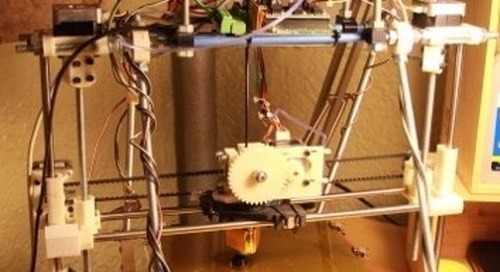