Nobody understands better than a construction professional the vast difference between what goes down on paper and what actually happens in the field--i.e., the plan versus performance. Whether it’s rework, cost overruns, scheduling delays, or rapidly shrinking profit margins, the plan never truly survives contact with reality. Fortunately embracing advancing construction technology can help keep plans on track!

Let’s take a closer look at the problem and solutions.

The Bigger the Project, the Higher the Failure Rate

And it gets worse the larger the project goes.

Projects exceeding $1 million, for instance, experience a failure rate 50% higher than those with budgets under $350,000, according to Gartner.

In the case of large public projects, the difference between final completion cost and the contract bid cost ranges from 0.15% on projects under $25,000 to 3.24% on $1 million+ projects, according to this study in the Journal of Construction Engineering. Projects exceeding $1 million experience a failure rate 50% higher than those with budgets under $350,000 according to Gartner.

These vast differences between plan and performance are killing construction companies--we don’t have to tell you that. The good news is that several emerging technologies are already changing this equation for the companies that embrace them. Here are five to watch (and employ).

Plan vs. Performance definition: The original design intentions versus the real world outcome of a construction project.

Emerging Construction Technology That Can Help You Realize Your Plan

3D modeling has been around long enough that it hardly qualifies as “emerging,” yet many construction firms have yet to embrace it at every stage of the project. This reluctance has something to do with the naturally conservative leaning of the construction industry, but also to do with the difficulties of storing and sharing 3D models.

Software products like BIM 360 Glue make it easy for trades and subs in the field to get a 360 degree view of the plan while they’re standing in the field. Conducting critical tasks like constructability reviews in the field with the power of all the data from BIM 360 Glue in hand can prevent inaccuracies and the dreaded pitfall of rework. This makes it much easier for subs and trades to match their performance to the plan. Drones, aka unmanned aerial vehicles, are often touted for their ability to survey and inspect construction sites. Less well-known, however, is the fact that they also provide significant plan versus performance benefits by making inspections faster, which allows for more frequent inspections, and faster course corrections when something starts to go off plan.

A Robotic Total Station is simply a Total Station that allows for remote operation. They are one of the easiest new technologies to implement on a site, and the benefits can be substantial, including more accurate measurements, fewer mistakes, and less rework.

One company, for example, used Robotic Total Stations to measure and quality check for the installation of 875,000 dowels that required tight specs in order to install panels. Not one of the dowels required rework, and as a result the work was completed two weeks ahead of schedule. Prefabricated building components have become a common element of construction projects. They reduce construction times by allowing much of the work to be done in a factory setting rather than on-site. In recent years, many of these components are being produced via 3D printing, which allows for custom pieces to be produced inexpensively to fit precise specifications. On-site 3D printing is gaining ground as well, promising to provide a flexible, automated way to construct some structural elements in a precise manner. This reduces human error and thus promotes better performance versus plan.

Something called “construction document management” may not sound like the sexiest technology tool in your tool belt, but it is one of the most important.

Combined with the ubiquity of mobile devices, software like BIM 360 Docs takes those 3D models, the drone imagery, the data from the Robotic Total Stations, all the plan documents and the issues lists and everything else and puts it directly into the hands of people in the field exactly when they need it.

Consider an electrical contractor with BIM 360 installed on the mobile device his hands. He can stand in the room where an installation is scheduled to begin, open the interactive 3D model, and hold the device up to overlay the plans over the reality. That functionality has the power to ensure that every tradesperson and subcontractor can see exactly what they need to see, when they need to see it, based off the latest version of the documents. New Construction Technologies Must Be Integrated Into Your Performance Strategy

A solid plan versus performance strategy starts with collaboration and ends with collaboration. It must include constructability reviews with all subs and trades involved, as well as scheduling reviews. This ensures that everyone’s scheduling needs are incorporated, and that each individual takes ownership for their part of the work and its timing. Daily and weekly plan versus performance reviews can also be incorporated, facilitated by your real-time construction-specific file management software.

When all of these technologies and a solid strategy are implemented together, it’s possible for projects to stay consistently on schedule and at cost—for performance to match the plan. But you don’t have to—and, in fact, shouldn’t—implement all of them at once. We recommend starting with one technology on one test project, and building on what you learn to implement more technologies on more projects.

Want to hear our major announcements in person, and play with next generation technology? 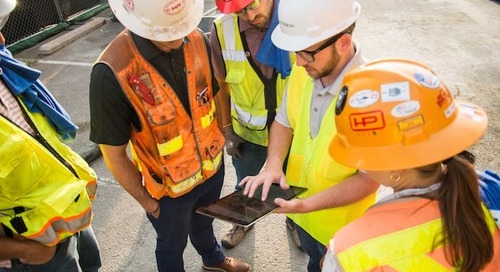 Too many organizations don't use a solid BIM implementation strategy, and it’s costing them. Here are the t... 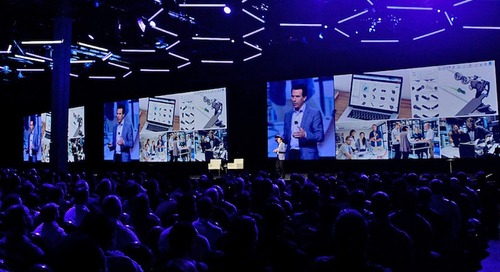