Among the vast safety, quality and commissioning capabilities in BIM 360 Field, the issues and checklists features are used by superintendents, project engineers and the host of subcontractors executing work on the job site.  Issues and checklists are extremely helpful for assigning and tracking work, ensuring proper installation of equipment and keeping the job site safe.  They are also helpful for standardizing processes in support of both quality and safety programs.

We recently added a number of enhancements to BIM 360 Field -- both for the Web and iOS apps -- including:

Work happens outside of the trailer, and now BIM 360 Field makes it easier than ever to mark the location of an issue by dropping a pin from whatever area of the BIM 360 Field app you are working in -- issue lists, equipment issue lists or equipment checklists and task issue lists.  Providing that the issue has a location associated with it and the location has a floor plan, issue pins can be dropped directly on the plan.  This helps the team locate the specific issue that needs to be addressed.

Users can now navigate the relationships between issues and checklists to their corresponding equipment, checklist or task records.  For example, while performing the QA/QC checklist for doors and frames, lets say an issue was generated for one of the jambs. This issue can be seen under the corresponding checklist item that created the non-conformance.  With the newly added originating source functionality, users can now go to the general issue list, open the issue and click on the source to quickly navigate to the originating checklist. Once linked, all users can view existing source information from within the issue and checklist as well as in corresponding grids.

New features include the ability to:

BIM 360 Field has previously offered users the ability to enter photo captions when attaching photos to an issue, task or equipment.  We've now added the ability to add and edit captions directly from the photo module.  This feature is especially helpful when taking progress photos, allowing users to enter a caption depicting what is captured in the photo.

To access this feature, navigate to the Photo module within the app > Take a Photo > Edit Caption.

Issue List by Location and Equipment List by Type reports now support raw Excel export of custom property fields. This allows this data to be manipulated by Excel, either through standard Excel functions, or through the use of pivot tables. Additionally, users can include comments in the Excel export. To include custom properties in reports:

We're always making updates to improve BIM 360 Field feature, so stay up to date by visiting the BIM 360 Field Release Notes page in the Autodesk Community and subscribe to the feed.

Questions about this newest Field update?

Ready to try BIM 360 Field for yourself?

Get started with a 30-day Free Trial! 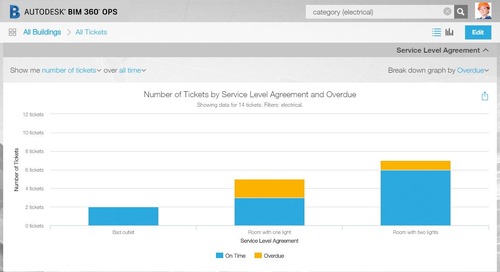 Getting Started with Service Level Agreements 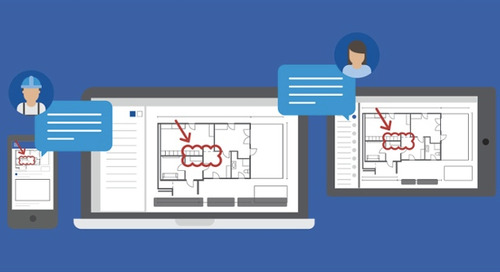