The success of a project is often dependent on completing it on time and within budget. The construction phase of the project usually consumes the most resources, and is often where projects can go off track if not monitored correctly. One technique that is instrumental in keeping projects running smoothly is Earned Value Tracking. These EVT Tools, like those from Assemble Systems provide a methodical approach to keeping your projects on track to meet tight deadlines.

Earned Value Tracking enables project teams to answer tough questions regarding the health of the project and schedule. It has become the standard method in the construction industry to measure a project’s progress at any given point in time, forecast its completion date and final cost, and analyze variances in the schedule and budget as the project proceeds. Earned Value Tracking is a snapshot in time of what is complete relative to the total scope of work.

McKinstry is a national leader in designing, constructing, operating, and maintaining high-performing buildings. Founded in 1960, the company has over 2,100+ employees, including 165+ licensed project engineers. McKinstry is headquartered in Seattle, with 21 office locations nationwide. From new construction and ongoing operations to adaptive reuse, energy retrofits, and advanced renewable energy systems, McKinstry provides a single point of accountability across the entire building lifecycle.

The Seattle Life Science Building was a 13-story project comprised of 345,000+ sq. ft of office and lab space. One lab floor had 47 tons of ductwork and 5.5 miles of piping, so tracking the installed progress was a cumbersome task. McKinstry used the Earned Value Tracking method to track the efficiency and health of the project from a labor and budget standpoint. The productivity earned value and the monetary earned value were calculated as follows:

These formulas can be used to gauge any unit of measure. On the Life Science Building, the project team at McKinstry wanted to track sheet metal using pounds, while also using linear feet to track plumbing and piping. Previously, McKinstry had been tracking earned value through a 2D drawing-based solution, which was time-consuming and inaccurate. The team had to go out into the field and manually highlight and mark up a drawing. After getting back to the office, they would manually take-off the drawing. The results were inaccurate for multiple reasons. For vertical distance, the team was pretty much guessing when using the 2D drawings. Whenever there was a drop, they had to plug in a number, which was not a precise way to measure installation since not all drops were the same depth. There was also a lot of up and down movement throughout the floor, with layers and layers of overlapping ductwork.

Because of the complexity of the project, there were 12 drawings per floor. Trying to figure out and trace which piece was installed was difficult because of the overlapping systems in the drawing. Another major problem was the inability of the team to compare the numbers to budget, since the budget numbers from the estimating team came in pounds, and the 2D takeoff only provided linear feet. There was no way for the project team to determine if the budget was in line with the actual numbers. Estimated numbers came in pounds, but the 2D takeoff was in linear feet, so there was no way to determine actual budget

Earned Value Tracking became a lot easier and more accurate thanks to Assemble Systems. For the first time, the McKinstry project team was able to track the installation in pounds and get an instant comparison to the estimate. Assemble allowed the team to pull directly from CAD, giving every single piece of ductwork an associated weight. Finally, the team had insight into whether the budget was spot on, heavy, or had some breathing room.

Assemble was implemented part-way through the project, allowing the team to directly compare the original method to the new and more efficient way of tracking progress with Assemble. “We had another project engineer tracking the sheet metal earned value along with me using the old 2D method to see which was faster. Not only would I come back to the office before him, all my calculation would already be done for me thanks to Assemble,”said Spencer Hobson, Senior Project Engineer at McKinstry.

By using weight in the Assemble model, the team was able to compare sizes of ductwork more accurately. In the old linear feet method, a 6-inch round piece of duct would carry the same value as a piece of 120-by-60 rectangular ductwork, even though they should obviously be measured differently. The 6-inch piece would be installed a lot more easily than the large medium-pressure ductwork. Once going by weight, each piece of duct shows up as an accurate percentage of the entire floor, resulting in a more accurate progress snapshot.

The field team found the Assemble mobile app very easy-to-use and highly customizable. Since the iPad was very similar to the core Assemble Insight solution, it was easier for everyone to get up-to-speed quickly.

"If you are familiar with pivot tables in Excel, try to visualize Assemble as a pivot table in the 3D environment, it allows you to slice and dice the information however you want and there is so much flexibility, and unlimited use cases."

An Improved Process with Assemble Systems

To implement the improved method of tracking Earned Value, the McKinstry team started by publishing the CAD model to Assemble Systems’ cloud-based solution. After quickly grouping and sorting model objects, including the associated metadata, by systems, the team was able to get a clear picture of the project. Assemble allowed McKinstry to create unique views based on each stakeholder’s specific needs, and then further enrich the model by adding information in highly-customizable Assemble properties that are tied to model objects. Everyone from the office to the field was working off the same data set, which helped eliminate confusion and human error.

The Assemble model views were accessed in the field via the Assemble mobile app, and the installation status was updated in the field. When faced with WiFi or hotspot availability on the job site, the project engineers were able to download the view in offline mode to perform installation in the field. Once back at the office, they were able to simply sync the information back to the model in Assemble without missing a beat. The project team used the "Color by Property" feature in Assemble to not only break down the model objects by installation status (Installed/Not Started/In Progress), but also categorize the model objects by the dates installed. The ability to colorize the model in 3D and have it update in the specific Assemble views gave all parties, including upper management, a great snapshot of the project and its progress.

"I can sort and filter the data from Assemble by installation status and activity Ids in a matter of seconds to see quantities installed. With the manual takeoff methods, it would take hours and when we would go back and double-check, the numbers would come out different every time. With Assemble, now we have extreme confidence in the number we are reporting" said Spencer Hobson, Senior Project Engineer at McKinstry.

He continued, "I seem to come up with more and more ideas of how Assemble can be used and leveraged so we haven't even begun to unfold and uncover all the different uses for it. I honestly think the power of Assemble is what you want it to be which I think is awesome. It's a multi-faceted tool that can be used in so many different ways.” 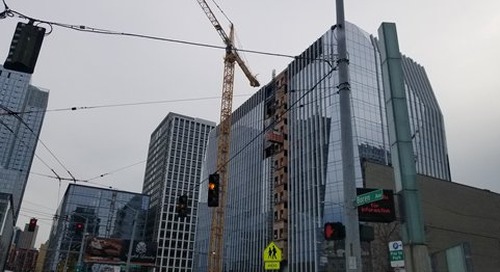 The success of a project is often dependent on completing it on time and within budget. The construction ph... 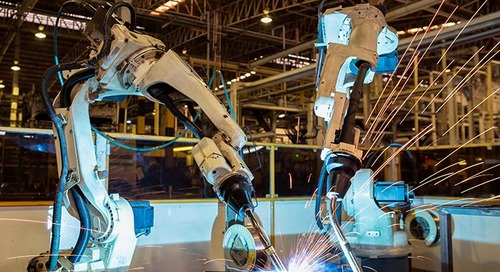 NCCRs, or National Centers of Competence in Research, are a research funding initiative of the Swiss govern...