Clash detection and trade coordination is a critical process during a construction project to ensure models across various disciplines are consistent and the overall design is constructible. Teams need to stay up to date as designs change and manage assigned clash progress. The Model Coordination module in BIM 360 addresses a lot of the pain points with this approach bringing preconstruction teams automated clash detection and a cloud based workflow for easy collaboration. And now we’re making it even easier with the integration of the issues functionality.

BIM 360 Model Coordination module now allows users to add and edit issues directly from clashes in models. The release harnesses BIM 360’s existing issues capability to connect the workflow across modules of finding, assigning, reviewing, and resolving clashes, all while being able to view clashes with multiple models and preserved clash highlighting.

Here are the new features for Model Coordination users:

At its core, clash detection is about the ability to layer models and view constructability issues across multiple disciplines. When you assign an issue to a clash, it is critical that this issue shows up on all of the individual model documents used in the clash.

Historically issues could only be assigned to a single document, however, with the new issues functionality in Model Coordination, clashes will be assigned to multiple models that the issue is assigned to and link to a multi-model view that retains clash highlighting. This way users can be brought into a view of the clash and maintain the same view and colors they were looking at before.

The viewer displays all issue types associated with the loaded models. Users can add additional models into the viewer to provide more context, and corresponding clashes and issues will be loaded dynamically.

By being able to load and view all surrounding models, users get a fully contextual view of the space where the clash occurred. Most clashes occur in places such as beneath a floor or above a ceiling, when contractors have to work within a narrow space to fit in components and building systems such as HVAC, plumbing, electrical, cable trays, and more. Having a complete view of the workspace allows contractors to see not only the clash, but how much space they are working with, where objects can be moved, and how the problem can be solved. Create issues from clashes and show details across multiple models

The release also introduces the issue side panel for assigned clashes. This allows users to view the details of assigned clashes within Model Coordination alongside the multi-model view. Details are captured and automatically added at the moment of creation. Users can edit these details, add information such as location and due date, and add attachments such as screenshots or other information. Side panel detail view of issue including type, assignee, root cause, and location.

The new Assigned Clashes tab allows users to see a list of clashes with details such as ID number, status, due date, company, and assignee, as well as a link back to the multi-model view with preserved clash highlighting. This new view gives users more transparency into the clashes that need immediate attention and promotes accountability across the entire team. The issue capability is unified across all BIM 360 modules (however, as mentioned above, in other modules users can currently only view a single model at a time). Issue types are distinct for greater clarity. For instance, when clashes are assigned, they are created as Coordination Clash-type issues, which can be differentiated from other issues, such as Design-type issues. This ensures that although you can view issues across the entire BIM 360 platform, it is always clear where they originated and can be easily filtered for reporting purposes.

In fact, users can filter and populate coordination-specific issues using a Project Home card in order to gain insight into the coordination status of a given project. The Result: A Single Workflow for Clash Detection and Resolution

The result of the new release is that BIM 360 users can find, assign, review, and close out clash issues all within one workflow. Contractors can more easily discover what clashes need to be resolved and who needs to do the work, and visualize the work within the context of the surrounding models.

How does this workflow look in action? Let’s look at an example: First, clashes are automatically detected across multidisciplinary models, and users can choose to review these grouped by object, type, system or layer, to decide if the clashes are an issue. If a design modification is required, the user then assigns the clash as an issue to the appropriate trade contractor, who is automatically notified.

The contractor can view the clash and any affected models in Model Coordination, see the problem, read the details about what is expected of them, and have a conversation about that specific issue from within in the comments area if further clarification is needed. They can then make changes to their model, upload a new version, and change the status to Answered. This notifies the owner of the issue, who can view the new version in full multi-model context. If they are satisfied with the updates, they can close the issue, otherwise they can reply with comments and send it back to the Contractor for review.

The release of issues in the Model Coordination module gives preconstruction teams one streamlined workflow across a single module. It’s intuitive, trackable and action oriented allowing teams to spend less time on organizing clashes and more time resolving them! 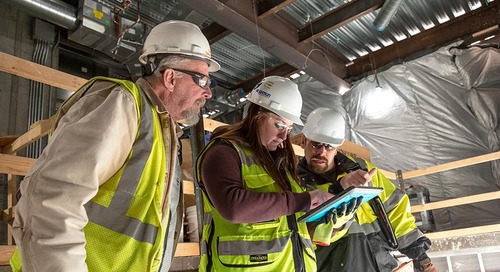 We know BIM in construction is a hot topic. And we are familiar with 3D modeling tools like Revit which ena... 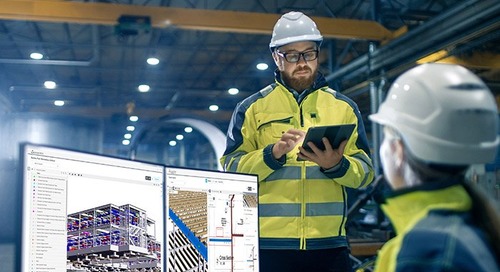 We’ve all heard the term “Value Engineering” in construction - or more commonly referred to as simply “VE”....