Based in HCM City, Vietnam, Alpha King is an international real estate developer with an extensive knowledge of the local market, a rich development portfolio, and a strong desire to innovate. The company’s team of 130 multi-national experts possess countless years of combined international project experience. They’ve worked on iconic developments including The Peninsula Hotel Shanghai (awarded the Best Hotel in Asia five years in a row) and Shanghai Disneyland.

Autodesk Navisworks was leveraged for clash detection. Autodesk software was also critical for quantitative take-off, generating the plans, structures, and elevations of the Alpha towers. Before embarking on both projects, Alpha King recognized the need for a construction project management platform for communication and documentation that was flexible and mobile, rather than the conventional method of sending mark-ups as e-mail attachments.

“[Before BIM 360 Docs] we didn’t have a track record of documentation. We couldn’t go back to sharing the previous versions as the platform we were using placed a limitation on the availability of drawings."

Alpha King team compared and evaluated several project management platforms and decided to implement BIM 360 Docs as a common data platform and life-cycle asset management, from conceptual design to construction, maintenance, and operations of the buildings. The "out of the box" implementation of BIM 360 was an additional bonus as the IT teams spent less time implementing and eliminated the need of expensive servers and time to customize them.

“The added advantage of BIM 360 is the scalability, where we could increase or decrease the number of users based on the project requirements without worrying about the hardware,” said Kevin. "It was an easy roll-out. When we kicked off the projects, we worked closely with Autodesk to set up the rules for collaborations and uploads on a weekly basis, as well as those needed for milestone releases."

The baseline of BIM 360 is like the logic-based Windows Folder structure. It’s easy for people to understand, even if they’ve never used it before. The informational mobility of BIM 360 Docs enabled Alpha King to take drawings into the field on an iPad, make markups, and then synchronize files to provide feedback to the design and construction teams.

“BIM 360 has powerful document management functionality. We use it to make online markups and change request. This in turn enables us to easily assign a task to the design team and the designers can answer queries and address construction issues in a timely manner."

When there is a design change the primary architecture and design consultant updates the Revit models and updates it on the BIM 360 Docs cloud collaboration tool. An automatic alert notifies Alpha King of the design changes through a notification sent to the relevant stakeholders on BIM 360. Alpha King's team reviews the drawings and models and provides feedback through markup and assigned back to the design company for any changes that need to be implemented.

“Thanks to the automatic alerts from the BIM 360 Docs, the designers respond on time based on the deadline we set up on the platform. The baseline of BIM 360 is like the logic-based Windows Folder structure. It’s easy for people to understand, even if they are using it for the first time.”

Alpha King was also looking for a platform that would let them reuse data for other activities. Kevin says BIM 360 did just that. “With Autodesk BIM 360, we can use data for inspection as well as for future operations.”

Slated for completion in 2020, Kevin says, “We’ve saved an estimated 15% of effort in terms of collaboration and communication on both iconic projects thanks to BIM 360.”

Alpha King’s mission is to constantly challenge itself to push boundaries and create unique landmark developments that last for generations.

It’s committed to elevating the quality and the sustainable development of Vietnam real estate. In line with the company’s direction, Alpha King is keen to keep adopting and leveraging cutting-edge technology. The company plans to utilize Autodesk BIM 360 Docs not only for design and construction, but also for reusing data for future operations.

Moreover, BIM 360 Field has been approved to be used for quality control and inspections. The company expects the Autodesk solution to make it easier to meet the Vietnamese government’s documentation mandates as well.

Alpha King is also planning its foray into the development of cities of the future. According to Kevin, Alpha King will be contributing not only to its own projects but also to HCMC's Smart City Plan. The company’s CEO, Jimmy Chan was the keynote speaker for APEC 2017 Da Nang last year and has already figured out a roadmap for the construction technology of the future.

As for Alpha Town and Alpha City, the projects are expected to complete within 3 years. We asked Kevin whether the work is going on time and he told us, “Everything is on schedule. And Autodesk BIM 360 will surely save us more time in sharing the information for collaboration." 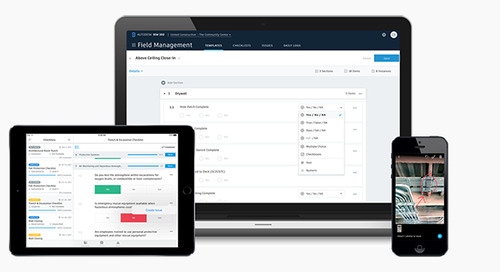 The Real Benefits of a Digital Construction Quality Control Program

When it comes to winners and losers in the digital age, one of the biggest potential winners for your organ... 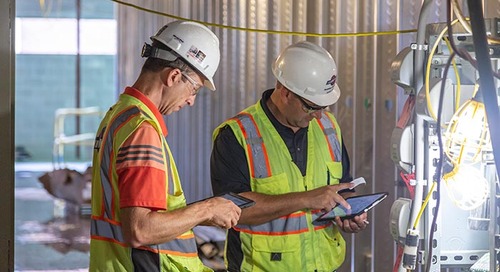 The 5 Stages of a Digital Construction Quality Control Plan

A digital construction quality control plan is a powerful process for quality management that can provide n...