Verkís, the oldest consulting engineering firm in Iceland, is based in Reykjavik. Working on projects all over the world, they are a multidisciplinary consulting firm, providing engineering, consulting, management, operational, and EPCM services. Here's how they utilized the power of connected construction data to win on 3 major projects. Verkís, the oldest consulting engineering firm in Iceland, is based in Reykjavik, Iceland

Verkís has a commitment to quality baked in to their ethos, and this commitment drives their search for better workflows, more fluid collaboration, and increased excellence in project delivery. In this ongoing quest for improved service, Verkís has embraced BIM 360 Glue in their workflow, and after some recent successes, they are working with Industry partners to get everyone on board.

Verkís’ BIM Manager, David Fridgeirsson, knows that using Glue on a recent project saved time and increased quality. It’s not just a feeling; he has the data to prove it.

A "game changer" for Verkís, this project was the first to use BIM 360 Glue for connected construction data

This project was one of the first where Verkís used Glue, and they are calling it a “game changer.” The project had BIM requirements, so Verkís started with BIM 360 Glue in order to coordinate with the stakeholders. The various disciplines were brought into the collaborative process early, during the design and planning phases. For the first time, clash detection became a part of the coordination process, creating opportunities for real-time collaboration.

Because clash detection is automatic in Glue, discipline leaders for structure, plumbing, ventilation, and sprinklers were able to work from the most up-to-date model and create solutions proactively, before materials were committed to the project delivery. Instead of spending time in long meetings, going through individual clashes line by line, Verkís was able to hold short meetings and discuss high-level topics, focusing on statistic for the clash detection and priorities.

All this early collaboration amounted to real time savings. In just 6 weeks clashes where reduced to less than 100 clashes per clash rule, and all were solved before project delivery. In the final coordination meeting with the contractor, Verkís was able to present a completed project plan with zero clashes as a result of good collaboration with stakeholders.

There was also a significant savings in travel time on this project, due to digital collaboration. The cloud sharing through Glue enabled Verkís to consult with stakeholders on the ground in Norway instead of sending engineers back and forth multiple times during the planning process. After this project, Glue became Verkís’ standard tool for collaboration. Glue was also instrumental in this project, and created new opportunities for collaboration. In addition to clash detection during the design phase, Glue enabled 3D Design Review and integration of Revit models into the digital model. This integration gave increased accuracy during planning, preventing unnecessary rework during delivery. For this level of accuracy, it was crucial to involve all stakeholders in the Design Review process.

In addition to 3D modeling and collaboration with manufacturers for planning and clash detection, Virtual Reality in construction and design review was critical for this project. In order to create an efficient space for workers to move through, Verkís used Revit models of equipment, provided by the manufacturers, as a reference in VR to maximize placement in the facility. Both users and designers were involved in the Design Review process, and this project opened the door for Verkís into a new area of industry.

The Verkís team aims to become Iceland's leading consulting firm in BIM. Though their focus is on providing quality and efficiency for their clients, they know that BIM can raise the bar for everyone and they believe in sharing their success. They are partners in BIM Iceland, which is a group of engineers and thought leaders throughout the building industry in Iceland, pushing for widespread adoption of BIM. Working in collaboration with Autodesk, they encourage stakeholders, as well as industry partners, to bring BIM into their workflows, and to facilitate this they provide high-quality BIM consulting services and training.

This is the one simple takeaway from David Fridgeirsson. He wants people to understand the impact that utilizing Glue during the planning stages has had, not only on these projects, but on Verkís’ workflow as a whole.

He will be at Autodesk University in Las Vegas talking about his recent experiences with BIM and highlighting how everything from clash detection, modeling, and collaboration became more fluid, enabling a seamless delivery for Verkís’ clients.

Ready to take your projects to the next level?

Download The Beginner's Guide To Connecting Construction Data and Documents 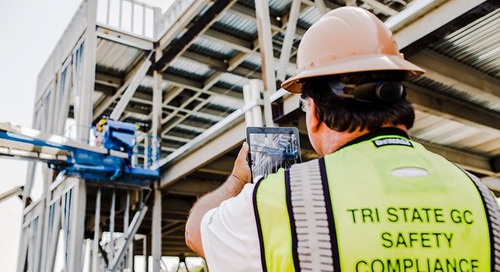 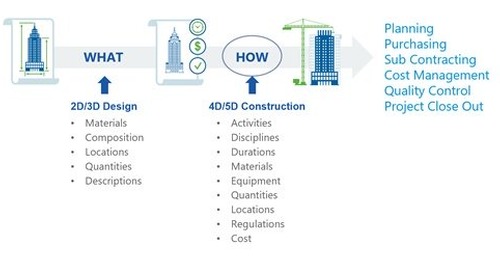 End-to-end BIM is more than WHAT we build. To deliver on the BIM promise of efficiency, resource optimizati...