The construction industry is the fastest growing sector in tech development. Once notorious for being slow to adopt new technology, the industry is seeing a flood of new software, apps and information tools like drones and laser scanners. Contractors, always conscious of the bottom line, are driving this change, utilizing BIM in construction and looking for even more ways to increase quality while reducing costs.

In addition to enhanced functionality they’re also insisting on integration: that the tools they are coming to depend on more and more will be able to communicate with each other and work together. Due to this drive toward broader integration, software firms like Autodesk are seeing increased opportunities to create and implement integration solutions for their customers.

Software Integration: Taking Collaboration to the Next Level Third-party providers such as Bluebeam, Rhubmix, eSub, and InsiteVR have worked with Autodesk to provide additional, targeted functionality to BIM in construction

Josh Cheney, Construction Technology Industry Manager at Autodesk notes that there's a ton of fragmentation in the arena of construction technology, but adds “I really think that integrations are an opportunity to limit some of that fragmentation or at least continue to break down the data silos that are created by stand-alone solutions.”

BIM 360 enables contractors and their customers to connect information and integrate workflows with nearly 100 other solutions. Autodesk facilitates these integrations by offering developers ready access to APIs powered by the company’s Forge development platform.

Third-party providers such as Bluebeam, Rhubmix, eSub and InsiteVR have worked with Autodesk to provide additional, targeted functionality, bringing some of the most popular tech tools within easy reach of BIM 360 users.

Cheney points out that moves towards integration typically have two drivers. Either a third-party provider wants to extend its reach, taking advantage of Autodesk’s global footprint, or one of a developer’s customers is also a BIM 360 user, and wants the option to use the two tools together. The pace of integration is like nothing we’ve seen before, and could be taken as a sign of how the industry, once it began to embrace new technology, has become hungry for it. “It feels like there is a new construction management application popping up every day,” Cheney said, “I think anyone would say that the pace is probably not fast enough."

In addition to working closely with developers, Autodesk also seeks out strategic partners to provide better functionality and additional value for its customers. The company announced its acquisition of PlanGrid last year, and has been working to  integrate the wildly popular construction document management tool with BIM 360. Assemble Systems is another such partnership.

The Next Step for BIM in Construction: Builders Customize Their Software Experience

What contractors are seeing is that there are additional tools out there, beyond the solutions available in their core applications. Many of these tools support different workflows or provide new insight into projects, while working with the same data, and contractors want access to all those tools in one place.

For smaller contractors, these integrations can be even more crucial than for some of the bigger firms. Many of the smaller shops don't have IT departments or back office staff, so a project manager at a $5 to $10 million-a-year general contractor needs as much help as they can get. The more seamless an experience they can have, the smoother their projects are likely to go, increasing their chances for success. The landscape of app integrations is rich, and the future of BIM in construction is bright

Finding the Opportunities for Integration: Listening to Customers and Guiding Vendors

Andy Leek, VP of technology and innovation at general contractor PARIC Corp, is a vocal proponent of integration. Leek has put a lot of time in creating an integration strategy for PARIC and looking for partners that can assist the company in meeting its tech goals.

According to Leek, many of these partnerships began with a cold call from him, with a request for integration with BIM 360. He pointed out that other firms seeking the same results should know at the outset that they will need to invest time and money in the necessary software services, testing, and employee training. After all is said and done, that hard work has given PARIC a multi-discipline environment in a single package that all project stakeholders can access for the information that is most important to them.

Russ Dalton, BIM and VDC division manager at AECOM Hunt, outlined the company’s own integration process, focussing on common data environments like BIM 360. They require that any vendor that wishes to collaborate has to align with the solutions AECOM is already implementing. As a part of the integrative process, the firm tests the new tools, looking for potential gaps in their processes that the tools might fill. AECOM’s ability to do large scale, real time testing, has been fundamental in giving Autodesk the feedback needed to refine the current version of BIM 360. “Not many firms can offer that: the sheer amount of people working in the model,” Dalton pointed out..

Andy Leek pointed out that, on the vendor side, any resistance to integration with other platforms can be a deal breaker, with the primary exceptions being when the application is “amazingly special,” and unique enough to stand alone, or when the situation is not right for integration, like standard accounting programs or other financial software.

“But," Leek continued, “I have run into very few vendors who had no interest. And if they had no interest at all, it was more that they just weren’t even aware that it (such a collaboration) was possible.”

The Future of Construction App Integration

The future is all about evolving, keeping pace with technology and matching the needs of the industry. “Whether it's software or … a nail gun or a crane … or whatever," Leek said, “you don't build the same way you did 50 years ago. They all go vertical, but the way you do it today is a lot different, and the need for efficient, collaborative, and proactive information is critical.”

It should go without saying, but software companies that are willing to move towards integration stand a better chance at long term success in a market that craves integration, with no signs of slowing down. We're seeing contractors becoming more educated, gradually but steadily more fluent in the use of digital tools and construction software. In addition there is likely to be more vertical integration, both up and down the supply chain. This is beyond the horizontal movement between internal company systems. The hope is that software companies will continue to see software integration as an opportunity to create solutions, rather than focussing on extracting value, giving customers what they’re asking for first, then figuring out how to make money as a result of answering a need. 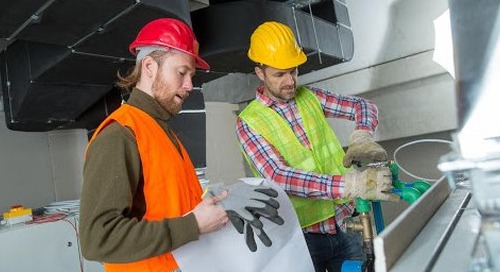 #PowerToTheTrades: The Value of Trade Contractors and Subcontractors from Design to Delivery

On any large commercial construction project, trade contractors make up the hundreds, if not thousands, of ... 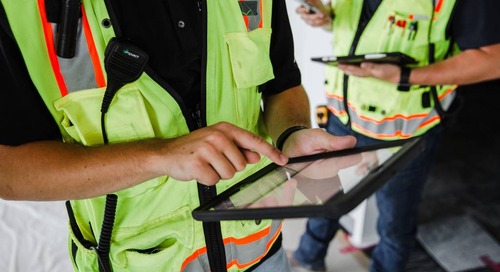 Recently, we’ve been thinking a lot about jobsite productivity. When we read McKinsey Global Institute (MGI...