Time savings, reduced rework, fewer delays, fewer RFIs… if these are a few of your favorite things, Stantec Treatment can model how to achieve the same results by utilizing the latest in construction document management software.

Stantec Treatment is an integrated design-build process contractor. They’ve engaged in the engineering, construction, and management of many large, technically advanced projects since their founding in 1820. They focus primarily in water, hydropower, mining, and transportation for municipalities, governments, and multinational private corporations.

When Stantec made the decision to go digital, they chose a focus area to begin the transformation. They work with UK water frameworks, which are split regionally across the country. Working with these customers, they identified conversion projects as their original focus for digital delivery.

The goal was to facilitate the transformation by upskilling, mentoring project teams, and implementing new processes through the adoption of the Autodesk BIM 360 platform. They chose a few select conversion projects to pilot the transformation.

Stantec Treatment faced a sector-wide efficiency challenge and they chose to tackle it head-on. They selected the BIM 360 platform for its ability to improve collaboration, communication, quality, and time and cost certainty. They also appreciated its ability to reduce health and safety risks.

Since time on site is a significant factor in project cost, Stantec focused on this key measure as a target to minimize. BIM 360’s tools promised to deliver substantial time savings over the course of their projects. In addition, it offered:

To support a smooth transition, Autodesk positioned a Deployment Specialist for Autodesk BIM 360 Glue, Field, and Plan. The specialist focused on training and implementation of the conversion projects from July to December 2016.

In addition, Autodesk continued to provide ad hoc support until the second half of 2017. At that time, a new consulting program of work, with additional water frameworks, was established.

Outcome of The Digital Transformation

In interviews completed in December 2016, BIM 360 users documented an average hourly savings of 7.3% a week compared to previous methods of performing site inspections. This was primarily due to reduction in time spent re-transcribing and searching for information using paper-based methods.

Extrapolated from one full project life cycle, this represents a total potential savings of approximately 3.3 employee hours per week. That translates to a potential productivity cost savings of $111,700 over the course of a single project. Because Stantec implemented these new processes on an average of 57 projects per month in 2017, they realized a savings of $1.02 Million across its portfolio on this measure alone.

Additionally, between December 2016 and January 2017, interviews with BIM 360 users revealed an average savings of $6,000 per month on rework costs, a reduction of 11.1%. This can be directly attributed to proactive design reviews (by the client and construction team) using BIM 360. Applied to a 24-month project, this average means Stantec Treatment achieved a total savings of $144,000 per project. That equals a potential savings of $3.38 Million across an average of 47 projects per month in 2017.

These numbers do not consider additional possible savings from cost avoidance and reduced site delays, which can cost more than $100k each week in penalties.

Finally, BIM 360 provided the customer with a platform for digital rehearsals, site planning, and coordination. This helped to extend data to the field and connect the site back to the design office. This resulted in shorter site programs, fewer delays, and a decrease in RFIs.

Stantec Treatment is committed to the health, livelihood, and security of people around the globe. Operating in over 400 locations, the company’s highly experienced team of approximately 22,000 employees provides innovative, sustainable solutions for some of the world’s most challenging projects. 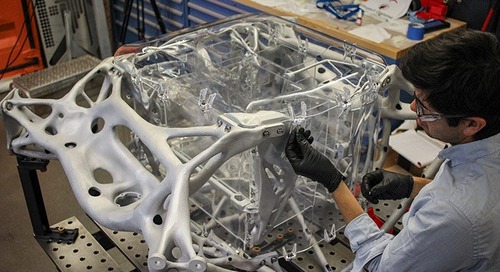 Robert Mueller is a Senior Technologist at NASA and the co-founder of NASA’s Swamp Works lab. Swamp Works, ... 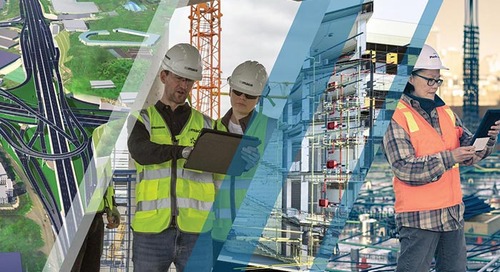