Based in Mumbai, India, Tata Realty and Infrastructure Limited (TRIL) - a subsidiary of one of India’s largest conglomerates, Tata Sons - has a mission to “be a transformative enterprise in the real estate and infrastructure sphere, creating extraordinary value for stakeholders.” And they're using construction technology to help them get there.

To achieve their mission TRIL is dedicated to efficiency and quality through continuous improvement. “In today’s competitive world, it is important to differentiate yourself by setting industry benchmarks,” says Prakash Patil, Head of Projects Department at TRIL. “The known secret for this is to ‘achieve more with less’, as we all work with limited resources. In my opinion, about 30% of costs can easily be saved on construction projects by simply removing waste. Adopting lean principles is one way to reduce such waste through optimization and efficiency.”

“The known secret for [differentiation] is to ‘achieve more with less’, as we all work with limited resources. In my opinion, about 30% of costs can easily be saved on construction projects by simply removing waste. Adopting lean principles is one way to reduce such waste through optimization and efficiency.”

BIM 360 and BIM with AEC are tools that work on lean principles, bringing efficiency from design, construction, documentation through final handover of projects to Facility Management / end users. Early adoption of BIM 360 and BIM in projects can bring huge time and cost savings during construction. Further, as it’s a cloud-based platform, it’s a central repository for up-to-date data at your fingertips.

On individual projects, TRIL deployed a lean management team that consists of a project head and a maximum of six other governance heads for respective verticals. Even with that dedicated leadership, project management is a feat of collaboration as projects can involve over 30 specialized trades for complex builds.

Effective project management and collaboration for a project like TRIL IT City is critical to ensure efficient handoffs and met timelines. One of TRIL’s biggest challenges in managing design and construction is the coordination and integration of data across the project lifecycle.

“To meet our goals for a project like TRIL IT City we needed to evolve how we project manage and coordinate scheduling, estimating and design. We wanted more certainty, and the one thing that haunted me the most on this project was fragmented data,” says Hrishikesh S. Joshi, AGM of Planning & Coordination at TRIL.

Therefore, TRIL made a strategic decision to digitize their processes and improve data management for more efficient project management and design collaboration. Before even selecting BIM 360 as the platform for this initiative, a governing committee - the APEX team - was created by Patil. The committee set forth on technology selection and defining a strategic approach to implementation. The company also tagged TRIL IT CITY as the project to pilot implementation. “Implementing these tools requires a lot of passion, dedication and involvement,” says Patil. “My entire team demonstrated this, which made our pilot project, TRIL IT City, a success.”

A Road Map to Efficiencies in Design and Project Management After some deliberation, the team concluded that the BIM 360 construction management platform would ensure reliable data and provide an opportunity for real-time interactions between project team members to improve collaboration.

“BIM 360 is a flexible platform, that’s easy for people to use and engage with,” says Joshi.

To pilot the solution a sub-committee and facilitator teams were established with specific roles defined in driving forward implementation. With management’s vision and the Autodesk Technical team, training and assistance were provided to 40 design and project managers.

This marked the first stage of deployment, as defined by the APEX team. In total, the defined rollout occurred through three measured phases:

The training for piloteers was designed to upgrade software skills and gain real user input to digitize and standardize workflows within the Autodesk BIM 360 platform.

Gaining stakeholder input during pilot phases was critical for TRIL in ensuring effective implementation. During this phase, standardizing such items as folder structures and defining user access based on need and confidentiality requirements was a key driver of user adoption.

“We created a folder structure and access control for cloud data based on actual workflow and confidentiality requirements. Without Joshi’s systematic thinking on structure and a cross-functional technology platform, we wouldn’t have moved this far,” says Patil.

For example, project management consultants, BIM managers and contractors were all invited to shift working from traditional 2D based design to 3D model coordination through a collaborative approach within the pilot phase. The feedback from these external stakeholders was essential to making digitization of TRIL’s project workflows meaningful. Following this, workflow improvements were made within design processes to suit the 3D model collaboration requirements.

1. Improved issue tracking and resolution: Instead of working through emails, trade managers now access and upload live data that’s visible in the collaborative environment provided by BIM 360. “We have also initiated communication between team members through the creation of “issues” for problem-solving, clarity and data records,” Joshi shares. This creates transparency and saves the team time so rather than tracking which issues are open or closed, they can focus on resolution. It also reduces project risk as issues can be routed to the source more quickly.

2. Efficiency in decision making and data handoff: Before BIM 360, weekly reviews involved updates circulated via multiple emails. Now all the data for review across project stakeholders is captured in one location, viewable by all project teams. This, along with the screen-sharing option, allows everyone to be on the same page during the remote weekly review meetings. “BIM 360 has helped cut down the time for meetings, which now focus only on review, instead of both update and review,” says Joshi. “By implementing BIM 360, we reduced our meetings from 1 hour to 20 minutes, which resulted in 60% time-savings.”

3. Improved Design Collaboration: When accessing work files, doing mark-ups, walkthroughs and even identifying points of conflict, “Autodesk BIM 360 Glue helps us solve in 5 minutes a design issue that earlier took 2-3 workshops of 20 people to solve,” says Joshi. Initially, when uploading and merging the models, Autodesk BIM 360 Glue revealed hundreds of clashes. Overwhelmed, the team almost gave up, but soon realized that design and drafting related clashes can be resolved easily within Revit. Though there was a learning curve initially in adopting this new workflow, the time savings was not the only benefit. The ability to resolve clashes at this stage in the project, soon proved to make later phases simpler and minimize overall project risk, while improving quality.

Besides providing consistent data, ease of communication, and saving time, TRIL also benefited from a massive reduction in paper use. This organic benefit of digitizing workflows aligns with the company’s commitment to greater sustainability.

A World of Possibilities

Through lean principles and construction technology, TRIL are achieving their manifesto for excellency

“Implementation of Autodesk BIM 360 has been a journey of exploring the potential and customizing the platform to meet our requirements. None of us were technical experts to begin with, so there were challenges and learnings along the way,” says Patil. In the end, “those using the solution consistently have found that it has made their jobs easier,” remarks Joshi.

With a rating of over 7 out of 10, per TRIL’s internally developed ‘Technology Usage Assessment Matrix’, the TRIL IT City project has been an upstart for TRIL’s efforts to streamline project management and design collaboration.

What started as a pilot exercise in the initial “Creating and Engaging” phase, implementation is now moving forward with efforts to further refine and standardize workflows. There are currently seven other TRIL Commercial projects and 12 residential projects implementing BIM 360 solutions. With this outstanding rating from employees in the pilot phase, the APEX team is excited and ready to monitor how well it does in these further rollouts of the newly digitized workflows.

With the marked benefits of having a reliable data repository supporting smarter project management and design collaboration, the efficiency gains for TRIL are a win in delivering against their manifesto for excellency. 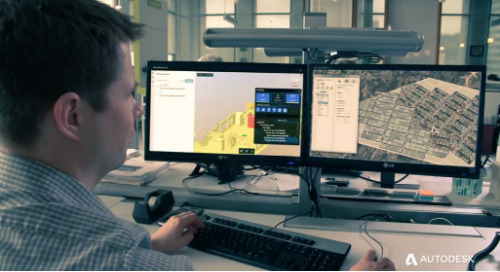 Coordinating designers and trades is consistently identified as the highest value BIM workflow among genera... 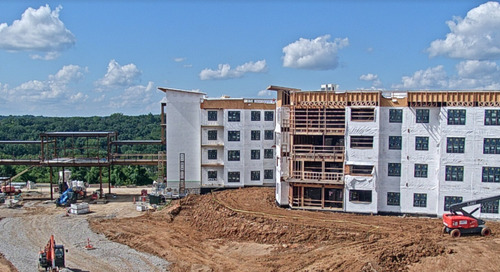