How to Make Sure Construction Management Survives Millennials

Feeling uneasy about the next generation entering construction management?

Complaining about Millennials seems to be a favorite pastime these days. From bemoaning  skinny jeans to berating them for whining, it’s hard to scan the news without finding new ways the media hates on the upcoming generation of workers. While older generations may fall into the trap of complaining about the new one coming in, the truth is that in the construction industry, this new generation poses some very real problems, and it's got nothing to do with what they wear.

The biggest of those problems is that they’re not entering the industry at all. Or, at least, not in numbers large enough to sustain the demand. Meanwhile, Gen X’ers didn’t join the ranks in large numbers either, and Boomers are retiring in droves, taking 50 years of construction expertise with them.

Addressing this problem won’t be easy, but fortunately, the tools for enticing Millennials are already in our hands. Let’s take a closer look at four underlying issues, and two solutions that will help us ensure our industry attracts enough Millennials to survive.

You might say, hard hats and man buns don’t go together. It’s tongue-in-cheek, but the problem is real, and goes back at least a full generation to the Gen X’ers. In previous generations, children–especially boys–learned construction skills from their dads. That changed for Gen X’ers.

Their parents divorced in record numbers compared to previous generations, and additionally, they were raised by two-income parents in record numbers. As a result, fewer dads had the time to give their kids the construction experience that used to be as much a part of the American experience as football and Slushies. It also took away time for the enjoyment of bonding together over working with their hands.

Now, these Gen X’ers are raising their own kids, without the skills they didn’t learn from their parents. This generation has never known a time without high-speed Internet and can barely remember a time without smartphones. Technology was and is ubiquitous. Too much screen time is a common problem. Coming of age in a digital world is, by all accounts, an entirely different experience from anything any previous generation experienced. And because of this upbringing, Millennials bring a set of entirely new strengths, and entirely new weaknesses, into the marketplace. On the one hand, they have incredible strengths in working with digital technology. This is incredibly useful as 3D modeling and other technologies are becoming increasingly critical to construction firms’ success. On the other hand, they don’t have experience in working with their hands to create physical things like in construction.

That’s a simple fact of life, but it’s only the tip of the iceberg as to why Millennials aren’t entering the construction workforce.

In a poll conducted by National Association of Homebuilders, across several demographics surveyed, only 5% or fewer of young adults polled wanted to pursue a career in construction: There are many possible explanations for this, but certain themes emerge. Millennials didn’t grow up learning the satisfaction of working with their hands and making things happen in the physical world. They grew up learning the enjoyment of interacting with complex virtual worlds, and the convenience of working inside technology.

There is also the issue of incentive. Working in the technology field (as opposed to working with technology as part of a different industry) can be very lucrative, and thus more appealing than days spent performing physically demanding labor as a contractor, putting their body on the line every day at the construction site.

Millennials don’t seek a blue collar, hands-on career. From the NAH poll, of the young people surveyed who knew what career they wanted to pursue, the top desired fields were medical, technology, engineering, science and teaching. Only 3% wanted to be in the construction trades. This is on par with those who wanted to be in performing arts.

Perhaps Millennials see themselves as stewards of a shining future. That construction is not part of this vision is a major problem for the construction industry, as well as anyone who enjoys well-built buildings and infrastructure. Problem 3: “Millennials Think They Know Everything”

It’s definitely not true of everyone who happens to be a Millennial, but folks in the trade frequently complain that you can’t teach a Millennial anything, because they think they already know it.

The perception is that Millennials grew up in the age of participation trophies, without the automatic respect that previous generations had for their elders. This perception is pervasive but problematic -- as mentioned above, what generation hasn’t complained about the newer ones? Be that as it may, many construction professionals feel these young people can sometimes be difficult to train, which is a problem in an industry that relies on more than book knowledge to get the job done. Lance Borst is a 15-year veteran of the construction business. As a construction superintendent at Skanska, his primary job is pushing the schedule while maintaining safety, but he’s also a passionate champion of technology.

Borst says, "With construction management, you’re in the field touching, feeling, and putting all these parts and pieces together that the engineers come up with. I wanted to be the boots on the ground: the guy taking someone’s plan or idea and making it happen."

Lance managed a 40-plus subcontractors, architects, and engineering firms on the Novartis site.

Problem 4: Boomers Are Retiring–And Taking Their Knowledge With Them

When Boomers retire, they take a wealth of industry knowledge and experience with them, locked inside their heads. They came into the industry with a certain baseline of knowledge, and it can feel like a waste of time for them to bother hand-holding their younger counterparts, particularly when the perception that the youngsters won’t listen is so pervasive.

Transitions like these are a problem for all companies when senior executives leave, but in construction, where younger generations are not joining, this becomes a major problem, especially when the U.S. Bureau of Labor Statistics reports that 75% of workers in 2030 will be Millennials. For construction companies to survive and thrive in the future, they must create a culture that fully embraces technology and empowers young employees to use technology to help their company achieve successful project outcomes and increase profits.

It’s not enough to use a few software tools. We must employ the full suite of technology available to us and use it to transform the way we do business. Here are a few examples of emerging construction technology that are already creating seismic shifts in the industry:

Companies that enthusiastically employ these technologies have the opportunity to not only to improve their own company performance, but to becomoe true innovators and leaders in the industry. And that's very appealing to tech savvy Millennials.

There's also the potential for this new technology to help bridge the gap and collect, store, and pass on the collected construction knowledge, experience, and wisdom of the Boomer generation. In order to facilitate valuable inter-generational knowledge transfer, many organizations are re-embracing an old practice of apprenticeship--with a twist. The technique is sometimes called reverse mentoring, but the word “co-mentoring” would be more appropriate. This modern spin on apprenticeship takes advantage of the Millennial’s immense strength in technology, while simultaneously harnessing the Boomer’s vast knowledge of the industry.

By giving the young person the opportunity to contribute their strengths in a meaningful way, organizations can attract, retain, and make the best use of this generation’s workforce.

There’s no doubt the world is vastly different than it was when most of us entered this tough and rewarding profession. But the truth is, buildings will always need to be built, and until robots take over the world, we’ll need people to build them. Companies who embrace new technologies to recruit, train, and retain the young and talented Millennials will lead the future of construction.

Want help with attracting (and retaining!) Millennials at your construction firm?

Read on for tips on "How to Hack Brain Drain & Construction Training with Reverse Mentoring". 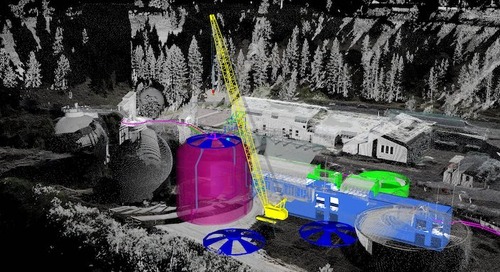 As construction technology evolves and as projects become more complex, firms that embrace the potential of... 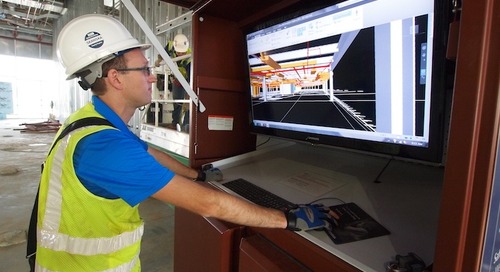 5 Steps for Introducing New Construction Technology to Your Projects

5 steps for a successful construction technology implementation including being clear on pain points, objec...