Integrating GIS and BIM: Construction Technology of the Future

The planet’s population is growing at breakneck speed, and a rapidly increasing percentage of that population is moving to cities. Over the next 30 years, the size of urban areas is projected to double in size, from 3.5 billion to 7 billion. To accommodate this massive shift, governments everywhere are beginning to plan and develop Smart Cities - an integration of traditional infrastructure and new technology.

To pull off this massive growth, architects, planners, and contractors will need to work closer than ever before, utilizing tools like BIM in construction, GIS, and understand new industry trends like “CIM” (or City Information Modeling).

Esri and The Power of GIS

Esri is a privately-owned international GIS software company. With about 350,000 customers and about a million users worldwide, they are the leading provider of GIS mapping software across the globe. Esri is the maker of ArcGIS, widely considered to be the world’s most powerful mapping and spatial analytics software.

“...a framework for gathering, managing, and analyzing data. Rooted in the science of geography, GIS integrates many types of data. It analyzes spatial location and organizes layers of information into visualizations using maps and 3D scenes. With this unique capability, GIS reveals deeper insights into data, such as patterns, relationships, and situations—helping users make smarter decisions.”

Hundreds of thousands of organizations in virtually every field are using GIS to make maps that communicate, perform analysis, share information, and solve complex problems around the world. GIS technology applies geographic science with tools for understanding and collaboration. It helps people reach a common goal: to gain actionable intelligence from all types of data.

“We use [ArcGIS] as a framework, as a database to model things. We do analytics, try to predict things, flooding, the weather, what’s gonna happen, and it’s at all scales from the whole world all the way down to a little watershed.”

At Autodesk University 2017, Autodesk and Esri announced a partnership to integrate BIM and GIS workflows between the company’s products. The first step in the partnership is the release of the Autodesk Connector for ArcGIS, which allows GIS data to be connected more seamlessly to a BIM design model in Autodesk InfraWorks.

GIS and BIM have always been siloed, and bringing them together is revolutionary for design, construction, and infrastructure projects. With the rise of Smart Cities and proposals for a $200 billion dollar infrastructure development plan in the United States, the timing couldn’t be better.

"This is a historical moment in the history of GIS. We’re integrating in a whole new transaction environment, both feeding to engineering and design and being enriched by the work that’s going on by these thousands of designers and engineers. If you look at in terms of our end users, it’ll make their lives easier and integrate their workflows, but it’ll also result in a more sustainable world.” Increasingly, GIS data will become available as a service within existing designer workflows. Designers will be able to subscribe to or access GIS information layers within software such as Autodesk’s Revit. This include real-time spatialization data from the Internet of Things. If BIM has revolutionized building projects, then CIM will revolutionize urban planning, governance, and infrastructure

Experts estimate that architects and construction firms will need to build 10,000 new Smart Cities by the year 2040 to keep up with urban growth projections. The integration of BIM and GIS is the foundation of the process that will empower them to do so: CIM, or City Information Modelling. While the concept is still young, CIM is the most commonly used term to describe the application of the BIM modelling concept beyond individual projects to entire cities. City information models may be the technological bedrock of Smart Cities (working in conjunction with big data, Internet of Things, real-time sensors and more), and can assist in the planning, design, analysis, and improvement of cities.

If BIM technology has revolutionized building projects by bringing allowing project stakeholders to work with one shared model, CIM has the power to revolutionize urban planning, governance, and infrastructure, as well as empower designers and builders to build better for their particular geographic and social context.

Dangermond sees each building project has being part of the greater urban context and therefore the coming together of BIM and GIS to enable CIM as a powerful synergy, remarking that: “Philosophically, I see building and design as a transaction on a database called a CIM, so bringing these two worlds together is really important.”

Ready to learn how BIM in construction can prepare you for the future?

Download the Beginner's Guide to Connecting Construction Data and Documents. 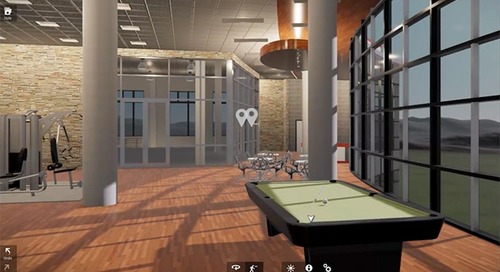 3 Ways Virtual Reality in Construction is Shaping the Industry 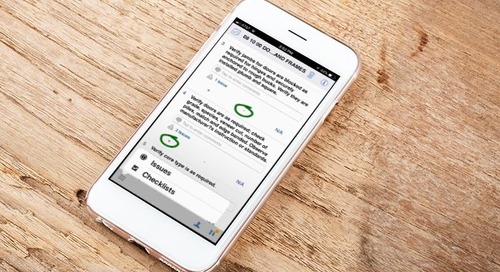 Mobile technology has become an essential component in the expanding adoption of construction software. Job...