Nothing blows a timeline and budget like excessive rework, due usually to a problematic approach to constructability review. Unfortunately, according to the Construction Industry Institute, most projects suffer from excessive rework. Research published in their Guide to Construction Rework Reduction reveals that rework accounts for up to 20% of the cost of a typical construction project.

In a time of shrinking margins, increasing competition, and growing demands on GCs, it can be tempting to look for ways to take shortcuts. But don’t be fooled. Some of these shortcuts will cost you more than you bargained for, and each constructability review you undertake could suffer as a result.

Here are the top four traps that will create rework for you. Avoid them at all costs:

Everybody loves carrying heavy rolls of paper all over the job site, finding a flat surface to roll them out on, doing a day’s work, and then discovering they were working all day on yesterday’s outdated documents. Right? It's a trap! Paper plans lead to inaccurate documentation in the field, which creates rework.

Look, we know that investing in digital file management can seem overwhelming at first. You need to research your options, select the right software, invest in implementation, design new workflows and train your team. It’s so tempting to just keep doing things the way you always have, the way your people know how to do it.

You know perfectly well how many changes plans can go through in a single day. Every time a member of your team carries yesterday’s, or even this morning’s files onto the job site and begins work without checking for updates, you might as well be throwing money out the window with rework.

Did you know: 55% of rework is caused by inaccurate documentation?

Rework Trap #2: Putting off investing in tech in the field

The idea of every site worker with a tablet in their hands sounds nice, unless you’re the one who has to pay for all that fancy technology. As the GC, it’s natural to want to keep things simple and straightforward. But your reluctance to invest in technology in the field may be costing you more than you think.

If your teams are lining up at the job trailer every evening to turn in reports, you can bet that wait and the process for manual entry is painful... It's a trap! Lack of technology in the field leads to inefficiencies and waste.

It doesn't have to be this way!

So much time is lost by end of day manual entry. Imagine completing manual tasks like timesheets, safety inspections and checklists, as well as processes like constructability reviews–in real-time using a cloud-based collaboration tool on a tablet in the field.

What’s more, research shows that using cloud-based technology can free up about 9 hours per week for the average site worker. Those hours add up to a significant time (and cost!) savings. Additionally, the same research indicated that 68% of construction professionals reported increased productivity when using these kinds of tools.

Rework Trap #3: An “If it ain’t broke don’t fix it” approach to constructability review

Does this sound familiar: You’ve got your HVAC systems in place, only to find that the electrical and plumbing work have fallen behind. Because the HVAC systems were put into place before electrical or plumbing could be installed, the HVAC ductwork in the wall cavity is blocking critical paths for drains in a number of load bearing walls, which may disrupt plumbing. Not to mention, the electrical work still has to be completed. Time to rip and replace!

The ripple effect from rework can create the biggest headaches and costs, as well as painful discussions about who is going to pay for what.

If only this could have been avoided by aligning the electrical, plumbing and HVAC trades before anyone got into the wall cavity in the first place….

PRO-TIP:It's faster & cheaper to spend 30 minutes to fix a problem in the virtual world than waiting until it manifests in the physical world. It's a trap! Quality training should develop the skills required to identify issues before they happen.

Cloud-based collaboration tools can give you insight into potential clashes and help you coordinate among the trades to avoid building something faulty. This way, you can fix a problem before it gets covered up or anyone else builds work off it.

Construction rework doesn’t have to be an inevitable part of each job. It’s a lot faster and cheaper to fix a glitch and a schedule in a 3D model than to rip and replace ductwork!

Did you know: 18% of construction rework is caused by poor quality & safety training?

Conditions on the job site can change fast. With your resources tied up just trying to get through the job without losing too much margin, it can be tough to keep up with everything in real-time. Issues and RFIs can take hours, days, or even weeks to be resolved.

And while some teams are waiting on that, work continues elsewhere. Which can be a problem, because what happens in one part of the project, affects everything else. It's a trap! Construction coordination needs to occur in real-time to minimize rework.

Digitized planning ensures everyone in the field has the latest plan at their fingertips. Cloud-based collaboration tools provide proper document control, and ensure field teams are working off of the engineer’s most up-to-date design or specifications. Manual plan management, on the other hand, leaves contractors susceptible to unnecessary rework.

Did you know: 3% of rework is caused by inferior construction coordination?

The fact is, no one likes rework. It’s frustrating to see your extended team’s hard work ripped out because a glitch wasn’t caught before something was built. Extensive rework can lead to schedules slipping, lower client satisfaction, and a loss of trust and credibility by the owner.

But extensive rework isn’t inevitable. A lot of it can be avoided. Front-loading the planning by using cloud-based collaboration tools–not just during pre-construction, but even during actual construction–can avoid a lot of rework, and save a lot of time and frustration. By implementing these suggestions, you'll notice that each constructability review goes more smoothly as well.

Want to learn how you can improve project profitability by up to 20%?

Check out the 5 Ways Contractors Can Reduce Rework and Increase Margins eBook! 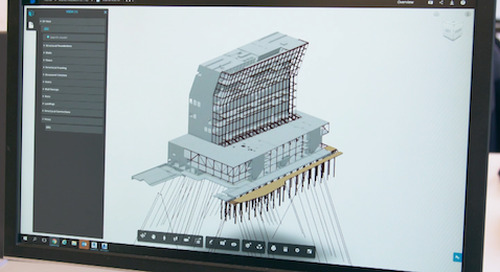 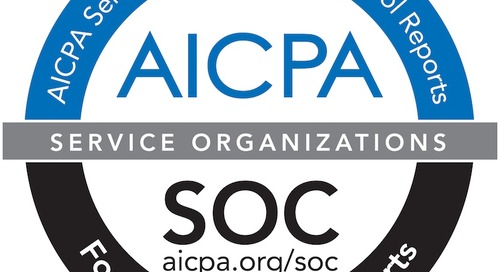