Founded in 1934, Lokhorst is a developing contractor that focuses primarily on the construction, renovation, and maintenance for various clients across the utility, commercial, and social sectors. Based in the Netherlands, the firm holds itself to high standards of quality, sustainability, and safety and takes pride in working closely with clients to deliver high-end buildings within scope and budget.

One of Lokhorst’s major goals has been to go paperless and maintain their Level 5 Sustainability rating. They also wanted to increase efficiency in their delivery process and reduce the headaches that were felt by many project stakeholders in issue reporting and resolution.

“We needed to digitize and automate our workflows from paper into the cloud,” says Arjan Peeters, Manager Virtual Construction at Lokhorst. “We have a lot of hard copy forms, that were not being tracked properly, and the process was more complicated than it needed to be.”

There were a number of inefficiencies and frustrations that stemmed from a complicated workflow for managing issues that relied on a paper form-driven QA system. Lokhorst had previously used an outside QA firm to help them manage these processes, which necessitated finding and printing the appropriate forms for logging issues, getting them filled out by hand in the field, then entering the information from the forms into Excel so they could be aggregated. This produced a convoluted and cumbersome set of steps that made it difficult to manage issues in a timely manner. Naturally, this created frustration with colleagues, subcontractors, and clients as well.

Lokhorst solved this problem by putting a form in BIM 360 as a checklist so that every room in the building could be checked on flaws, mistakes, and defects. In a perfect world these issues are sent directly to the person responsible for resolving the specific issue, but the initial challenge with implementing this new part of the workflow was getting their partners to use BIM 360 in the right way.

Disadvantages experienced from a paper based analog system included: The Solution: Digital Forms in BIM 360

Lokhorst decided that the best way to implement a digital process would be through BIM 360. They chose the construction management platform due to its ease of use and the fact that they could work within a single platform, keeping all their forms and data in one place. They also needed the Cloud functionality to eliminate the need to sync, keeping all data live and up-to-date.

The plan was to get project managers and subcontractors all using smart devices to access the forms for reporting issues in BIM 360, thus simplifying the process of reporting and managing the issues. This also gave them the ability to include digital photos of the issues so contractors knew precisely where to go and what needed to be done. Having the system digital would also speed up the signoff and handover process, giving clients complete visibility on their properties. Eliminating the paper forms not only reduced the time required to resolve issues by 46%, but made resolving them much easier: Lessons Learned: Don’t Make Assumptions; Help Everyone Get On Board

Lokhorst learned a few lessons through their initial implementation:

“Colleagues are used to printing, drawing, sketching, signing, and emailing to a partner, and waiting for an answer,” says Steffan van Leenen, Virtual Constructor at Lokhorst. “With BIM 360 this process is very different. We mail every question, from RFI to review assignments and have more control over our reviews and RFIs.”

Productivity in the construction industry can be found in countless headlines over the past few years. Ever...

Every contractual agreement for goods and services includes the requirement for requesting and approving pa... 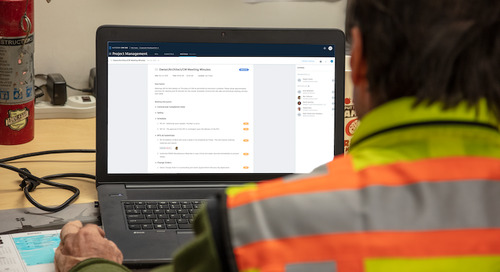 Today, we are thrilled to announce several key updates for both PlanGrid and BIM 360 products that help reduce this costly pain point by automating non-optimal tasks and redirecting team members’ eff