Home » Connect & Construct » Moneyball for the Construction Industry: How Predictive-Based Safety is a Game Changer
× Share this Article

Moneyball for the Construction Industry: How Predictive-Based Safety is a Game Changer

A Background on Sabermetrics:

Sabermetrics is the empirical analysis of baseball, especially baseball statistics that measure in-game activity. The term sabermetrics was coined by Bill James, who was an early pioneer and advocate of using statistics and analytics to improve team performance.  The intent of sabermetrics is to objectively measure player performance in all phases of the game in order to drive better player recruitment, defensive positioning and pitch selection.  Needless to say, numerous new statistics resulted from this higher level use of quantitative analysis in the game including on-base plus slugging (OPS), walks plus hits per inning pitched (WHIP) and wins above replacement (WAR).  These measures were made possible through a transition to a data-driven approach to decision making.

The adoption of sabermetric principles in the 1990’s by the Oakland A’s was born out of the growing financial disparity between teams.  Large market teams had deep pockets to pay top players while smaller market teams were forced to get creative in order to compete. Prior to sabermetrics, the sport of baseball was turning into a war for talent - a phrase that should sound familiar to those of us in the construction industry.

The story of the Oakland A’s and their success using sabermetrics is the subject of the 2003 Michael Lewis book Moneyball: The Art of Winning an Unfair Game and 2011 movie Moneyball.

Much like the Oakland A’s of the 1990’s, construction companies can’t just throw money they don’t have at these problems.  They require a different, more creative way of thinking as this iconic scene from the movie Moneyball makes clear.

A Different Way of Thinking

How do we, as contractors, transition away from traditional decision making to a data-driven, or at least a data-enhanced, decision making process like they did in baseball? For many construction companies, the new data-driven measures we are looking for are locked away because the data that reveals them is either siloed from where it can be used or worse, it’s on a sheet of paper in a drawer growing better with age.

The first step on the path to solving this problem is to start collecting the data.  Even if there is a question about what value it will eventually have, collect it anyway.  In most cases, you can’t go back and get it later, after you’ve identified the need for it.

Savvy contractors realize that they will inevitably want access to their data for dashboards and analytics.  They are careful to choose data collection tools that afford them this access or better yet, they choose tools that have pre-built integrations that connect their data sources together.

As your data emasses, it can be sorted, filtered, sliced and diced in many different ways using business intelligence tools.  This step alone provides tremendous value but it’s when predictive analytics and artificial intelligence (AI) are applied that the data starts to yield insights and foresight. What are the OPS, WHIP and WAR for your project sites?  While these statistics are invaluable measures in the game of baseball today, they didn’t exist before sabermetrics.  What measures that drive outcomes on construction sites will we discover once we capture the data? The answer lays in Predictive-Based Safety.

Predictive-Based Safety is changing construction safety in much the same ways sabermetrics changed the game of baseball.  Predictive models with an accuracy of up to 86% are helping project teams identify risk before they result in injuries.  Not only do these models help to identify risk, they help safety executives identify the key metrics driving safety performance. Metrics like:

These metrics represent the higher level of quantitative analysis that our construction teams need in order to perform more safely and achieve productivity gains of other industries.

Prior to sabermetrics arrival in the game of baseball, teams relied on a scout’s experience and “gut feel” to decide which players to draft or acquire.  They made major decisions despite a significant lack of tangible evidence of a player’s future performance.

In much the same way, our project teams and safety managers are making major decisions affecting the performance and safety of their teams using little more than the same experience and “gut feel” as those scouts.  The data collection tools and analysis methods are available to help our workers go home safe and improve project performance - it’s time we adopt them and leverage the best of both human and artificial intelligence.

Now companies like Autodesk are making this connection as well. So much so that they invited Billy Beane, the Oakland A’s GM played by Brad Pitt in Moneyball, to speak at the Connect and Construct technology for Construction conference coming up in November.  Data and metrics with AI can change the game in construction.

Join us in Las Vegas for Autodesk University 2019! 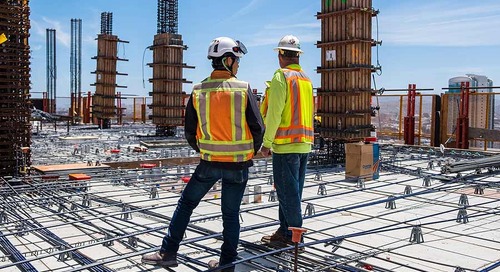 Rise and Grind: A New Source of Content for the Connected Construction Community

For the last five years, Connect & Construct has been a source of information – product news, customer stor... 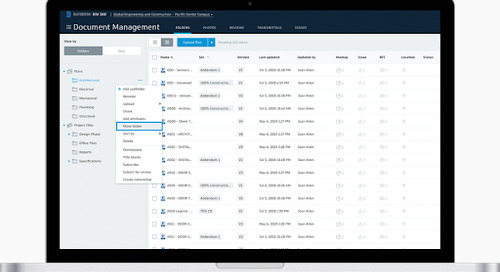 Construction teams are constantly bogged down with time consuming and costly RFI’s. Managing and dealing wi...