“Construction is a great industry for women. It’s been a wonderful, wonderful career for me.”

Like many women in construction, she says she’s faced challenges in a traditionally male-dominated industry, but she “puts on her pink sunglasses and looks the other way,” focusing on the benefits of the career and the value she knows she brings to it.

Her company, Plaza Construction, was recently recognized by the New York Post for its inclusive “Men and Women at Work” construction signs. The signs, says Horowitz, are popular with all workers, men and women alike, and they make people chuckle.

But they’re only one of many signs (pun intended) that the construction industry is changing - and in a good way. Plaza Construction, was recently recognized by the New York Post for its inclusive “Men and Women at Work” construction signs

A Lot Has Changed in Thirty Years

Horowitz recalls a time when prospective employers would inevitably ask her if she was planning to get married or have children. Those questions are illegal in job interviews today, but at the time, she says, she knew she had to say “no” if she wanted the job.

She also recalls how difficult it was in those early days to find protective equipment that fit. She had to buy men’s boots.

Robin Jones, a project manager with Plaza Construction in Miami, says the same thing. Even thirteen years ago, when she started, it was much harder to find boots and clothes that fit and were suitable for the job site.

“Some things are just going to be big for you,” says Horowitz.

Still, both are hopeful for the future of women in construction, and both believe the environment will only continue to improve, especially if more women enter into the industry. As the industry changes, so will other iconic construction items, such as the safety vest, hard hat, and gloves.

“The first ten years I was in the business,” recalls Horowitz, “we had maybe two women on a job site, and maybe two in the office. In the early 90s, women started coming into the industry, and then more and more. When I started teaching at NYU in the 90s, I had four students in construction management. When I left 7 years later, I had 40-50 women. You could see the change happening.”

“It’s much better now, but it’s still hard to find a good vest that fits.”

Why Construction Is a Great Career for Women

“I’ve been doing this for thirty years, and there is not one day that I’m bored,” says Horowitz. “Every day is something different. Every day has its own cadence. Every day you work with different people and solving new challenges.”

“I feel the same way,” says Jones. “If you want a cookie cutter career, this is not it. I have my to do list every day and I’m lucky if I get two things crossed off because there’s new problems to solve constantly.”

Additionally, for women, the pay and benefits of a construction career often compare favorably with those in other industries. Plus, the gap between men’s and women’s pay is narrower than in most industries, with women making 91.3% of men, versus 80% across industries. (Source: NY Post article cited above)

Jones says that another advantage of the industry compared to others, is that it can change as your life changes.

“Construction is good for women because there are other options beyond field work,” she says. “If you’re a good employee and you need a change because of life changes, you can go to the main office and do accounting or cost estimating, contract review, or risk management. You can go to work for a municipality as an inspector, or go be an owner’s rep and enjoy the regular hours and holidays that come with that.”

Plus, many women enjoy the benefits of working outdoors and making something tangible happen, and the pride of driving around town, pointing out structures and saying, “I helped to build that.”

Why Women Are Great for Construction

Plaza Construction is one of the leaders in the industry for raising awareness, as well as for attracting and training women.

Women are a largely untapped resource for an industry that struggles to meet labor needs. When more women gain the skills and demonstrate an interest in construction, it helps to resolve labor pressures.

But Horowitz and Jones point out additional reasons why women are a great match for the industry.

“In this industry, we have to measure everything,” says Horowitz. “From the site to the materials, from the surveys all the way to the financials. And when it comes to numbers, women are very intelligent and organized.”

Jones concurs, especially regarding women being organized. By way of example, she says, “Women are usually more organized which is a critical part of being a project manager, being organized keeps the team and project on track to success.”

Plus, they both agree, that when you have more viewpoints and perspectives, you get more ideas and better innovations, and that’s an advantage for everyone.

“The young generation needs to know,” says Horowitz. “They need to know this is a rewarding career, emotionally and financially.”

“I’ve been with Plaza for five years,” says Jones, “and Plaza does a lot to raise awareness of women in the industry. We do trade shows and expos, and make a point to send women to them. I know Plaza goes to college career fairs to raise awareness and try to recruit students men and women into our industry. We let people know that if they’re passionate, they can excel in the construction industry.  It really is about awareness, I think the reason why it’s still a male dominated industry is because women think they can’t be in construction and that’s what needs to change.”

She says it’s also important that women be given opportunities to learn and grow their careers, which she and Horowitz agree Plaza Construction does very well.

The Future of Women in Construction

“I believe this industry is going to be homogenous,” says Horowitz, “a people’s industry, in five years. Now we have a generation of people full of energy and open-mindedness.”

“I think there will definitely be more women,” says Jones. “I see more and more women on the engineering side, design side, and project management, especially.”

Horowitz adds that one thing driving the change is that there are more commercial developers who are women, especially in NYC. And when the developers are women, they often like to see more women on the construction teams.

Plaza Construction’s “Men and Women at Work” signs were so surprising and unusual that they attracted the attention of local news reporters. But if Horowitz and Jones are right, maybe in ten years people will be surprised that anyone was ever surprised by the presence of women on the construction site. 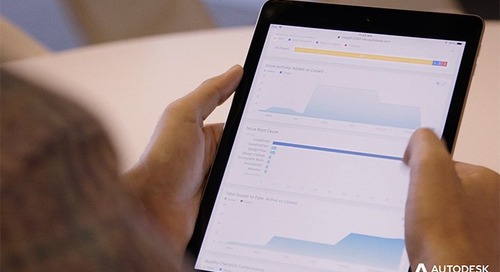 Benchmarking is an important topic, but many people are still unclear about what it is. So, what is benchma... 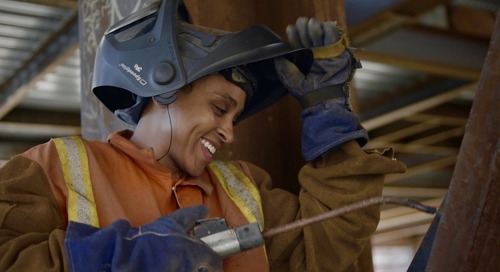 Women in Construction: Bringing Guts and Grit to a Male Dominated Industry

“Be brave. It’s hard to walk into a room full of men and be the only woman there. But you can do it. Then, ...