2016 has been a standout year for innovation across the construction industry, due in large part to smart firms using construction software, which permitted them to use emerging techniques like laser scanning and prefabrication. To highlight these pioneering firms, we decided to share the most innovative projects we saw this year. The first thing the project team did was digitize the job site by using construction software that enabled team members in the field to visualize their work in context and collaborate to spot problems earlier. They also used virtual-reality headsets so that stakeholders could experience in realistic 3D what the finished space would look and feel like, helping the owner understand and buy into the design.

The team used Autodesk Point Layout and logged every single steel embed and many other mechanical, electrical & plumbing systems to determine compliance. This allowed the team to quickly identify any potential issues and begin working on fixes before steel was delivered and successor work was impacted.

Learn more about how Mortenson uses construction software to connect virtual reality and deliver like never before. Prior to construction, HFB created a 3D model so that BAM, the contractor on the project, could see what Summertime would look and feel like in the context of its real-world surroundings. The team used laser scanning and point clouds to create digital replicas of Summertime’s 197 rooms, taking an estimated 10 minutes each, considerably faster than taking hand measurements. Software-based processes also enabled easy clash detection and construction simulation.

Construction is ongoing, and HFB is using cloud-based construction technology to give teams in the field access to the latest data on the project via BIM 360 Field and BIM 360 Glue. Leveraging these tools helped them more effectively manage everything from rebar control to safety checks to management inspections.

This and other construction software are also helping facilitate the precision fabrication of building components, which is saving time and helping to keep the project on schedule. Because the designs of fabricated components come directly from the main project model, they fit correctly, making installation easier and faster—and building quality is better ensured.

Learn more about how HFB leveraged construction software on this project.

Using construction software and a unified platform with smart building applications, connected with Internet of Things applications and sensors for data, the firm made the project site safer and more productive. Sensors monitored dust and noise levels, and video surveillance further ensures safety and security, along with a smart ID card system tracked the location of team members. To count the bars in a pile of steel rebar, workers simply photographed the pile, and the number was calculated and uploaded to the model automatically, saving time.

The builder also used laser scanning with construction software to monitor the structural integrity of building components. For example, at one corner of the Tencent building there was a 266 foot steel girder overhang. By scanning the girders with lasers, the total stations generated precise 3D models of the overhang, which were uploaded and compared to the overall project model in real time to ensure building accuracy. Construction software is the heart of the project, given its complexity - with 200 engineers and 21 different professional disciplines contributing. Several 3D models were created to include data from different disciplines, including surveying and mapping data of the river basin and info topography data to create a 3D geology model. Designs of the project’s separate components—the dam, the power plant, the diversionary water pipes, and so on—were integrated into a single complex model, with clashes detected automatically.

The simulation of the construction process was done in Autodesk Navisworks, as well as hydrology analysis and flood and inundation analysis. In its current construction phase, the team is creating highly detailed 3D drawings that show components in-context. And with cloud-connected devices, anyone can connect to the model from anywhere, driving collaboration and ensuring that teams always have the most recent project information. Using ReCap 360, and point clouds captured by drone-mounted laser scanner, the team quickly created accurate 3D models of mass excavations and high-resolution, 3D as-built models. As plans changed, there was no need for traditional surveying in the field. The company also used drone-mounted cameras for inventory and documentation, so that stakeholders could see a real-time picture of the state of construction and accurate visuals of what the project would look like at each stage on the path to completion.

Construction project management software also made the off-site precision fabrication of building components possible, which allowed for fast installation of piping, preassembled mechanical elements and less time in the field. Since the piping was modeled and conflicts were identified before any activity on site it saved a tremendous amount of time in rework and new material orders.

The team used Autodesk Navisworks along with BIM 360 Glue and ReCap 360 for scheduling material to be delivered on-site, ensure safe work areas, cost out scheduling impacts and delays, line pour sequences and stage on-site for production activities. The 3D model and Autodesk Navisworks allowed the subcontractors to submit their models for review and clash detection before material was ordered or arrived on site, allowing for a coordinated approach to the building structure, mechanics and operations.

Learn more about how end-to-end construction management software benefits the project throughout its lifecycle. 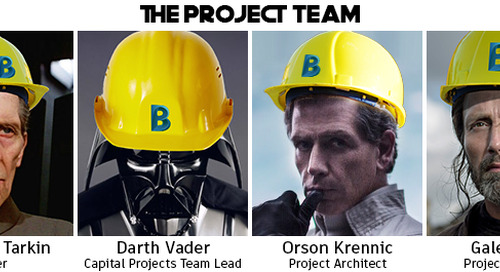 Rogue One: The Empire’s 6 Steps to Construction Project Management Success

So you want to build a Death Star? Follow these 6 steps to ensure project success, the Empire Way -- comple... 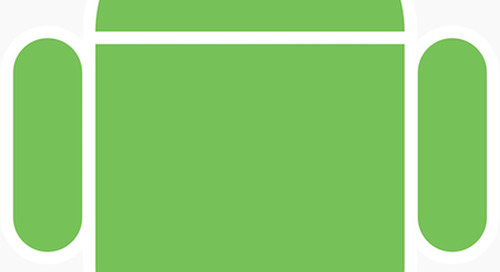 BIM 360 Docs is now an Android app, providing access to the latest versions of all project plans, models an...