What If the Death Star Used Construction Apps

A long time ago in a galaxy far far away…

When ships could reportedly do the Kessel Run in a parsec, limbs could be replaced with mechanical equivalents and those well versed with the hokey religion of the Force could levitate X-Wings, toss around lightning bolts, and cheat death every other day, construction was still in an Imperial Age, relying on sheets of paper, sticky notes and tape measures.

The Death Star: A Case Study

The DS-1 Orbital Battle Station, commonly known as the Death Star, was the largest engineering project of it’s kind, a collaboration between the Imperial Department of Military Research (IDMR) and Sienar Fleet Systems (SFS). This massive project was 140km in diameter, required 1.08x1015 tons of steel, and cost over 1 trillion trillion Imperial credits. However, cost wasn’t the biggest obstacle. Had Mustafar been as slow at steel production as Earth it’s estimated it would have taken over 833,000 years to produce the required tonnage.

In it’s time, DS-1 was heralded by many as a work of architectural genius by many, and an eyesore by others. However, the project-delivery system was extremely flawed, which caused many downstream issues, and ultimately it’s destruction by Rebel forces.

What If the Death Star used Construction Apps?

So how, you may ask, could the Empire build weapons the size of a moon, but still send Stormtroopers to do snagging on the construction site armed with only a notepad and a camera? The amount of office time these guys spent tying up the photos to their notes should have been spent down at the shooting range getting some much-needed practice in! Imagine if earlier in the design review process, the Death Star BIM team involved more of the construction and operations teams. General Tarkin could access the bridge design in 3D, then walk around and add markups that could be sent to the team in a few short clicks. Darth Vader could access the canteen in advance, ensuring the queuing system works or that the trays are in a logical position. He might have even flagged that womp rat sized weak spot in the station’s defences, prior to its ill-fated creation.

Picture the security chief looking through CCTV positioning to verify that areas like the detention block, tractor beam and cargo bay -- and for the ultra paranoid -- the trash compactor, all have complete camera coverage, just in case any rebels were to ever sneak on-board. Technology that is so simple, it allows the non-technical to get involved, even if they don't know their R2D2's from the C3PO's. Poor PM Style: the Dark Side attempts to monitor the construction site from afar

With a Darth Vader Force-choke awaiting any project manager who caused a delay, it’s surprising there wasn’t more proactive issue reporting and tracking going on. Had Project Managers put a system in place, they would’ve been able to identify the key areas which needed immediate attention, resolved root causes, and allowed forward planning when deciding between various subcontractors. It’s quite possible they could’ve even avoided the worst case scenario of having to build a new Death Star just a few years later. If it had been done right the first time, the rebels would’ve known an attack would be a useless gesture, no matter what technical data they obtained. For a military project of this magnitude and critical importance, there were a shocking amount of document security issues. So many, that these plan sets eventually fell into the hands of a 19-year old princess! Instead of emailing .PDF’s back and forth, struggling to find current versions, and ultimately allowing the plans to be acquired by the Rebels, the Death Star Team could’ve simply implemented a construction document management system, which would’ve allowed for secure permissions based sharing and collaboration. Those with access could have viewed all their relevant 2D sheets and 3D models and gained access to information behind their models allowing them to make better decisions. Who really needed access to the drawings for the detention block?

Imagine if a proactive maintenance task was sent to a maintenance droid’s mobile communications device as soon as a wireless sensor detected a loss of power on a coupling linked to the tractor beam, it could then pull up schematics, plans, a 3D model, and vital information collected during commissioning to allow it to resolve the issue there and then. After all, we don’t want anyone escaping!

Clearly, if the Death Star team had digitized their efforts and used construction management software, they would’ve been able to operate in a smarter way, creating a better handover of data between project phases and intelligent reporting that would have led to an earlier, higher quality finish. Most likely, The Battle of Yavin never would have taken place, as the rebellion would’ve been crushed, long before it had even taken off. 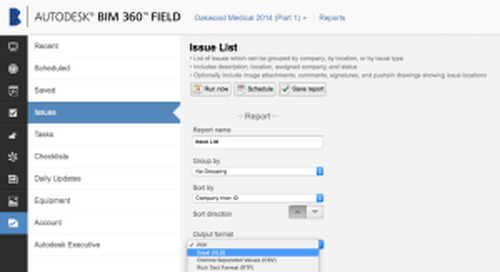 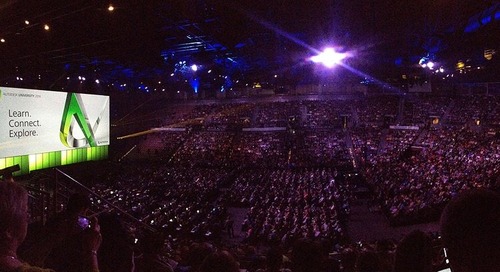 The new construction app BIM 360 Docs was announced at AU last week. Here's a recap of customer feedback an...