In Rwanda, a Battery-Powered Motorcycle Spares the Air and Helps Drivers Thrive

More than 3 million motorbike taxis, or mototaxis, cruise the roads in East Africa. In Kigali, the capital of Rwanda, these petrol-fueled slim bikes make up more than half of all vehicles and are just large enough to carry a driver, a passenger, perhaps a goat, and maybe a basket or two of food or charcoal—but not much else.

Although these mototaxis are an efficient way to move people (and sometimes animals) from place to place, they are also, unfortunately, a large source of greenhouse-gas emissions. What’s more, the mototaxi drivers, known locally as motars, make very little profit once they cover the cost of their motorbikes and fuel.

Enter Ampersand, a sustainably minded start-up in Kigali. The company makes a battery-powered motorcycle, which has the dual benefit of eliminating mototaxi air pollution and helping drivers’ profit margins.

“A lack of viable urban public-transport options and the higher cost of cars means motorcycles play a key role in both urban point-to-point transport and in rural areas connecting people to towns and transit hubs,” says Alp Tilev, Kigali resident and Ampersand’s chief technical officer. “The technology itself is decades-old, cheap, and easy to fix, and the price tag—$1,000 to $1,600—makes mototaxis much cheaper than cars.”

“At a time when Western countries were so excited about a few hundred thousand Teslas and retirees were buying up electric bicycles and dreaming of the day we’d all be driving electric cars, China already had 20 times more EVs, and most of them cost less than $200,” Tilev says. 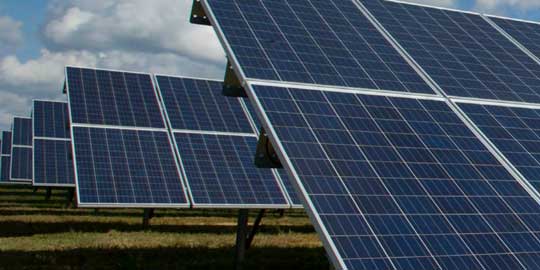 As an early start-up, Ampersand received a software donation from the Autodesk Technology Impact Program to help support its vision of cleaning up Rwanda’s mototaxi business. “While many people looked years ahead to forecast when an EV would simply cost less to buy and run for middle-income Americans, Josh realized that this ‘tipping-point’ moment would happen for different vehicle fleets at different times and places in different markets,” Tilev says.

In other words, densely concentrated markets of high-intensity fuel users—for example, sub-Saharan Africa, specifically cities such as Kigali—would usher it in a lot sooner: “Fuel is expensive, and the users really care about their fuel spending,” Tilev says. “Here in Rwanda, mototaxis cover 190 kilometers [118 miles] a day, six days a week, and spend much more on fuel than they take home at the end of the day.”

Although Whale knew the future was in electric mototaxis, an option that could go head-to-head with the petrol-fueled motorbikes just didn’t exist. He decided then he had to create it. “The Chinese bikes were all underpowered and had low-range, unsafe batteries,” Tilev says. “The upmarket bikes like Zeros and Altas were too expensive, and no electric motorcycles are really optimized to be cost-competitive with petrol for intensive users.” 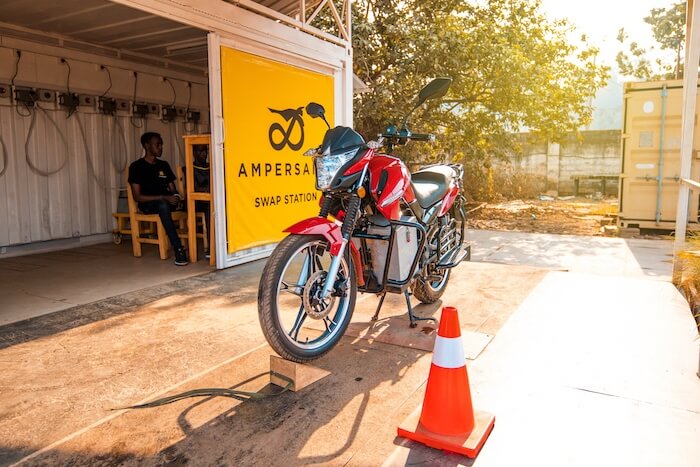 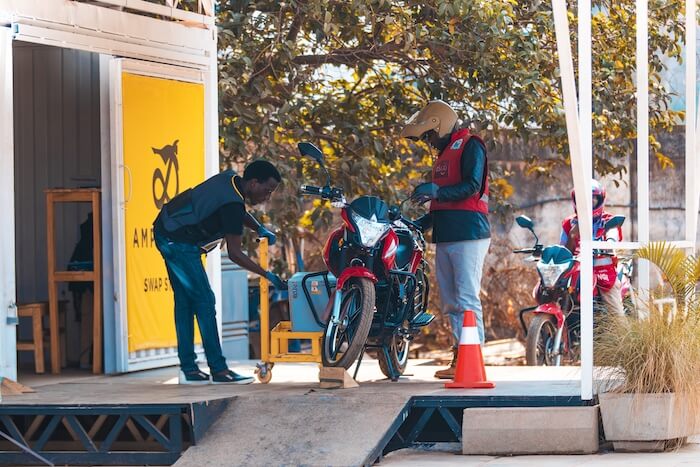 Each battery can deliver about 60 kilometers (nearly 37 miles) of range, and the driver can swap out batteries less often than they commonly refuel on petrol. Courtesy of Ampersand. 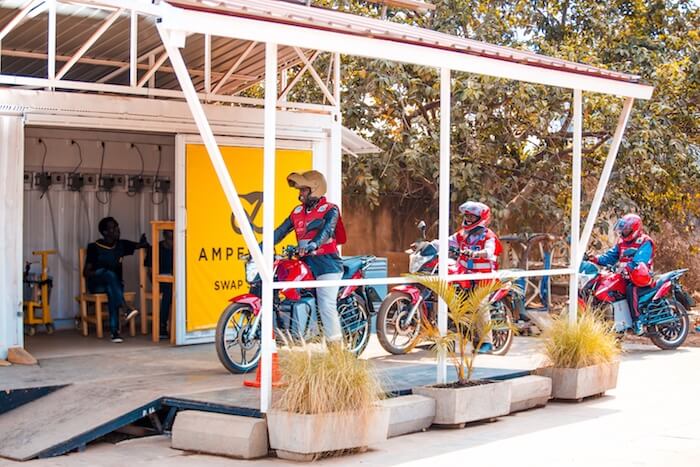 Ampersand quotes that every day, the average motar in Rwanda spends more than $11 on fuel and leasing costs but takes home just $1.60. Courtesy of Ampersand. 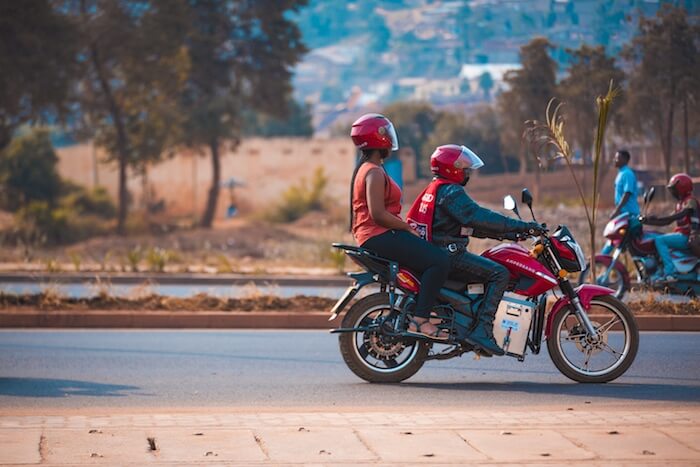 Switching to an Ampersand bike could save motars about $900 a year in fuel alone, making a big impact on their incomes. Courtesy of Ampersand. 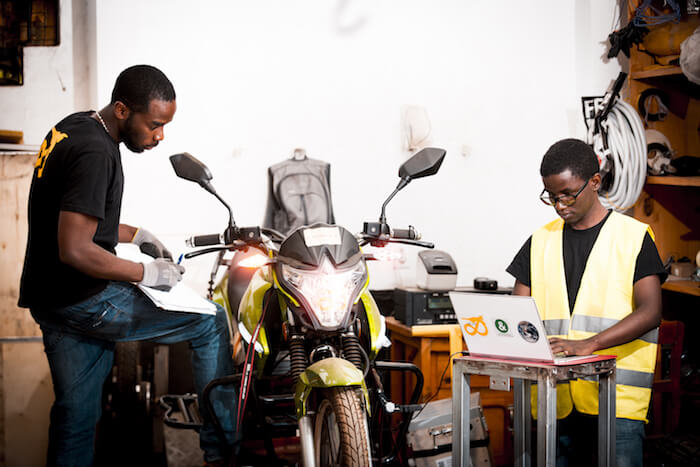 Ampersand has been researching and analyzing Africa‘s potential for electric-vehicle adoption for more than three years. Courtesy of Ampersand.

Plus, Tilev says, off-the-shelf vehicles from China are built for Chinese customers who drive short distances, slowly, in flat cities.

“The roads in this part of the world aren’t famous for their immaculate state, so having a vehicle that can hold up to sustained abuse was important,” Tilev says. “So when it came to ‘make or buy,’ there was just no ‘buy.’” As Ampersand began prototyping, the design team used Autodesk Fusion 360 to make quick assemblies for the test rigs. “This was critical in the early days of our prototyping phase,” Tilev says.

And when it came to the primary directive of the electric bikes—a rechargeable, swappable battery pack—what Whale and the team at Ampersand wanted didn’t exist. They had to make that, too.

“The swappable pack is incredibly important, as it requires the minimum behavior change from the drivers,” Tilev says. “Most drivers are used to putting in fuel one to two liters at a time already, and mototaxi drivers work 12 hours a day. They don’t have time to sit around and wait for their battery to charge. They are busy and hustling for customers.”

Ampersand’s leadership knew that to keep the product from being cost prohibitive, it’d have to create a model that was sustainable for the people who needed the electric mototaxis the most: the motars.

The bikes cost less than the incumbent 125cc and 150cc petrol motorcycles. The batteries, which get about 60 kilometers (roughly 37 miles) on each charge, are rented rather than purchased. That keeps the motars’ daily costs down, putting more money in their pockets.

With all of this accounted for in both its design and economic models, the start-up launched its prototypes. The pilot program has been a huge success. The first few dozen bikes on the roads of Kigali have shown that swapping the Ampersand batteries is fast and easy, making it both effective and desirable.

“As of today, we have 2,779 sign-ups on our waiting list,” Tilev says. “And President [Paul] Kagame announced that plans are at an advanced stage to make all 100,000 motorcycle taxis in Rwanda electric.”

Ampersand’s investment in the electric mototaxi is a lifeline for transportation in Rwanda and a source of income for a significant number of the country’s neighbors. That includes motars and people employed to manufacture the bikes and the swappable battery packs—Ampersand opened East Africa’s first lithium-ion (Li-ion) manufacturing facility—as well as those who work at the battery-swap stations.

“We’ve found that the drivers are also incredible early adopters and form a strong, powerful demographic in the country of young, ready-to-work entrepreneurs,” Tilev says. “They really liked their existing bikes and didn’t want much change when it comes to form factor, so our mantra has been: ‘It’s a better and cheaper motorcycle. It just happens to be electric.’”

Plus, as the company grows, its footprint expands from single motorcycle taxis to charging stations and broad electric-powered networks throughout the city, country, and eventually the region. With that comes economic investment and opportunity.

“In most markets, charging networks are a large cost and barrier to EV adoption,” Tilev says. “Thanks to our simple swap-station design and the incredible density of motorcycle taxis in African cities, we can cover a city like Kigali with 30,000 motorcycle taxis for the same cost as four or five conventional petrol stations and not much more real estate. But for a vehicle energy and infrastructure system worth around $30 billion per year already, it’s a bargain.” 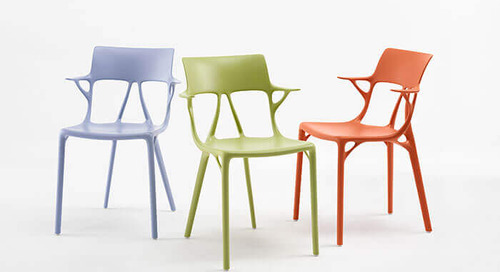 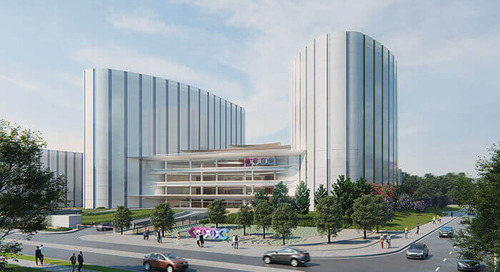 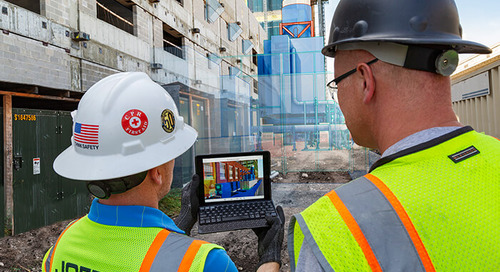 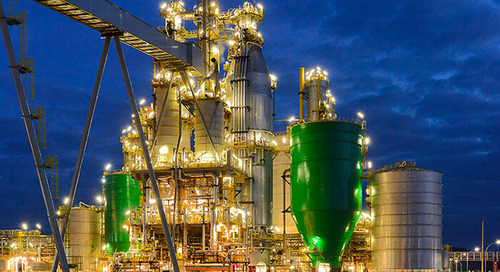 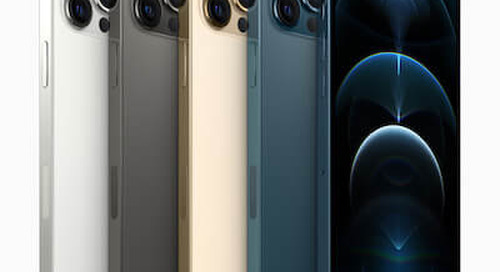 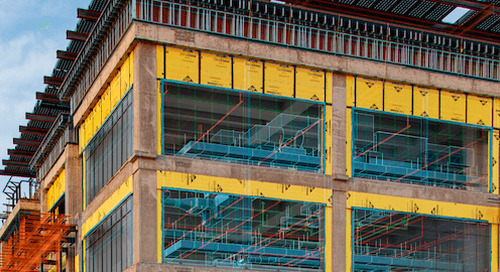 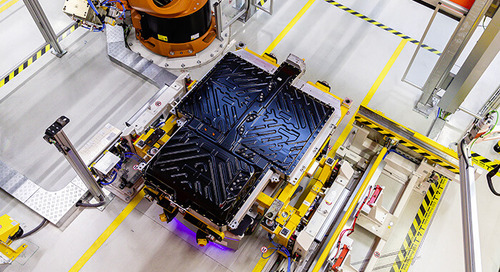 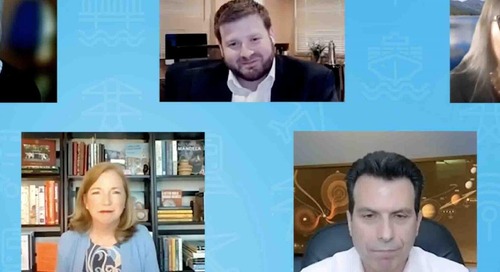 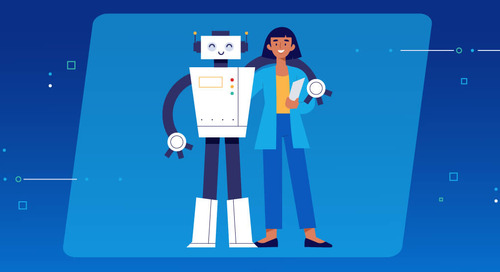 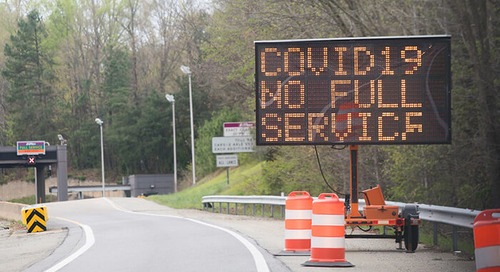 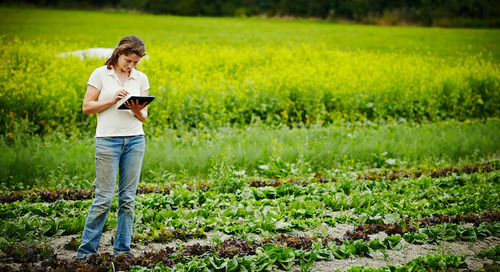 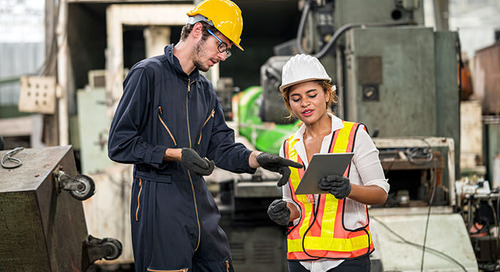 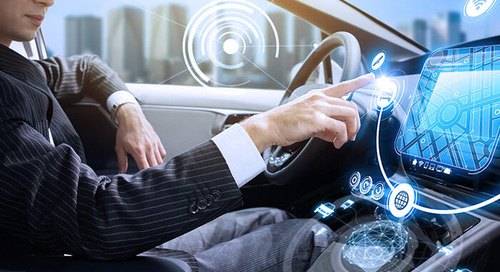 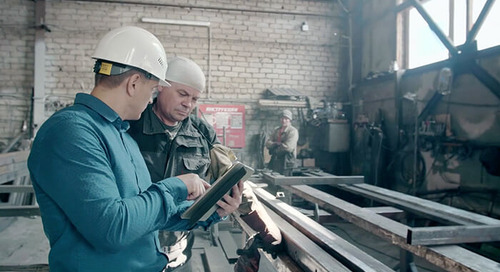 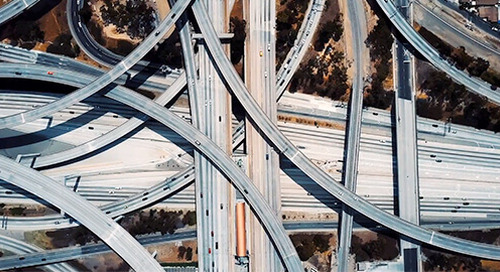 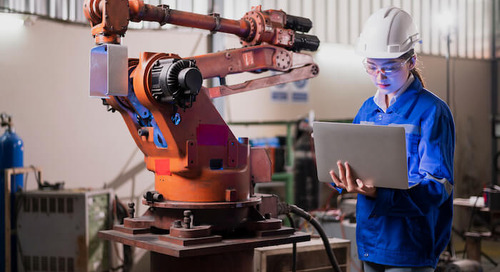 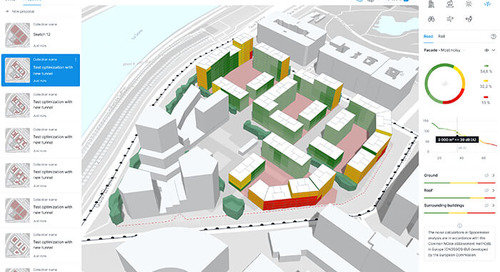 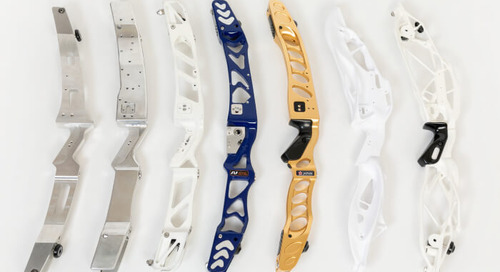 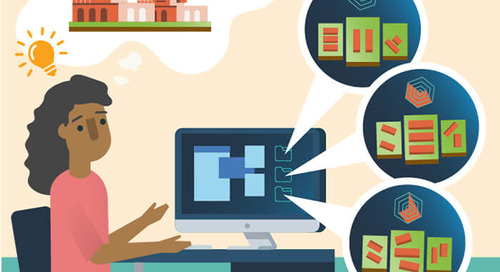 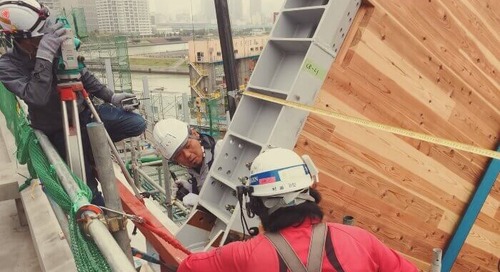 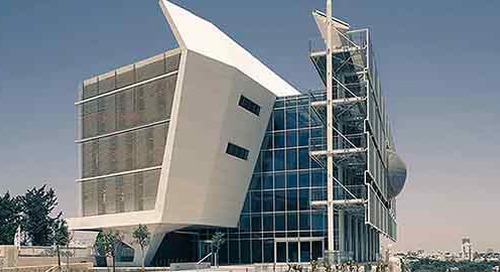 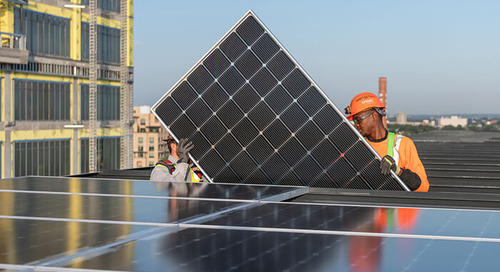