Sacré Vert! A Green Renovation of a Midcentury Monstrosity in Champagne, France

Renowned for the bubbly wine that bears its name, Champagne is one of the great historic provinces of France. Although Champagne production is an ancient industry dating to the late 1600s, in 2001, the region’s winemakers pledged to embrace modern sustainability practices—with inspiring results.

Today, these wineries treat 100% of all wastewater and recover and reuse 90% of Champagne byproducts and 100% of waste. The wineries also reduced the use of vine-protection products by 50% and lowered their per-bottle carbon footprint by 15%.

So when management and accounting association CDER wanted to expand its offices in Épernay—also known as the “capital of Champagne”—it was important for the company to align with the region’s values. CDER originally sought to tear down a building adjacent to its offices—a blocky 1960s structure infamous in the area. “Everybody knows this building, and everybody hates it,” says Aurélien Leriche, architect manager of Paris-based firm OuyOut. But the hired architects saw the old building with an outsider’s eye, noting its efficient use of space, and pitched a green renovation—a less costly alternative that could bring the village eyesore into harmony with its surroundings.

According to a Buildings Performance Institute Europe report (p. 31), in France, buildings account for 43% of energy consumption and one-fourth of greenhouse-gas emissions. More efficient operations make a major impact on the commercial-building sector, where buildings are designed to operate for decades. “The goal is to have this building living for 40, 60 … maybe more than 60 years,” Leriche says. Renovation eliminates waste generated by demolition and the removal of old materials and offers “carbon avoidance”: sidestepping the carbon released during new construction.

“As we discussed energy consumption and performance, CDER realized that their town was in a region undergoing an ecological transition,” Leriche says. “The goal became making the building very energy efficient.”

Green Inside and Out

Rebuilding the structure will begin in early 2020, with estimated completion in mid-2021. To maximize sustainability, the architects needed to restore and maintain as many elements of the existing structure as possible, limiting new materials while addressing modern thermal regulations and environmental requirements. “The idea for efficient building is you don’t want to spend energy, so you have to save energy,” Leriche says. “It’s common sense.”

The top priority was reducing energy consumption. Because fuel for heating was inexpensive when the building was erected in 1963, the structure had no insulation at all. The architects suggested a double-skin facade recalling the vine-covered pergolas of Greece or Italy. Vegetation will grow on a new outer layer to create a living building that provides both insulation and sun protection. 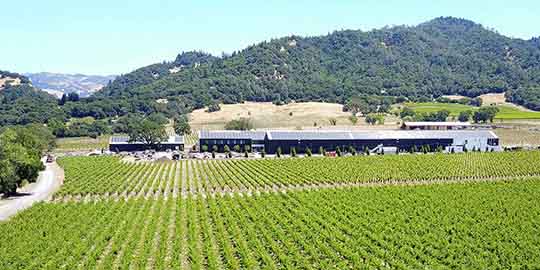 “The main insulation is on the facade itself,” says Leriche. “It is an external insulation, on the six sides of the building, with no thermal bridge or insulation breach.” The double facade is a thin metal structure comprising 80-centimeter-wide vertical mesh strips that will support the vine. This structure is spaced one meter out from the facade and features large flower pots that will allow the vine to grow at each level of the building.

OuyOut assessed the facade’s energy efficiency using Autodesk Insight to determine the effect of solar protection. The final design not only protects the building from the sun by insulating it from the outside but it also harnesses the thermal inertia of the concrete structure inside.

“We don’t try to reinvent the wheel,” Leriche says. “But the double facade is a strategy. There could have been other solutions for this building. But the tradition was the connection with the region’s context, so we chose this strategy.” As part of that strategy, the building’s green roof connects to a city garden located uphill from the building.

The original building had a kind of efficiency—or economy—without regard for this context or the aesthetics of the wine-growing tradition. The renovated building aims for greater efficiency while paying homage to its milieu.

“Rivers and hills covered with vineyards surround the town,” Leriche says. “The building will act as a visual bridge between the building and nature. At the same time, many of CDER’s clients are winemakers. When they come to visit the building, they need to feel at home. This design gives them something familiar but modern and shows employees that what they work on every day is a symbol of their region.”

Refurbishing is more complicated than building from scratch; existing structures have more constraints, so architects need to collect precise information to fully understand the structures. “The facade looks very simple, but it isn’t,” Leriche says. “You have columns and plaster mixed with the structure, and it’s difficult to understand what’s structure and what’s decoration.”

Although original hand drawings of the building were available as PDF files, they weren’t accurate enough to be useful. OuyOut initially took measurements of the building using a geographic information system (GIS), but, Leriche says, “because GIS can’t measure every millimeter of the facade, and it’s difficult to reach every part of the building, you end up making assumptions that lead to mistakes and rework.”

OuyOut then turned to the Autodesk Services Marketplace to find and hire expert help to take a better approach. The process started with reality capture: performing a full 3D laser scan to record every detail of the existing building and using a point-cloud survey to measure millions of data points. The team then hired another company from the Autodesk Services Marketplace to train it on using Autodesk ReCap to convert the data into 3D models and 2D drawings. The team also used Autodesk Revit to create model-based building designs.

“The scan took about a day and was very easy to do,” Leriche says. “We discovered that we previously had it all wrong. We are now able to work with the real dimensions so we can make decisions more quickly and better communicate with all our stakeholders.”

Using a precise representation of the existing structure will help the designers avoid mistakes—while also sparking more creative solutions for the renovation. “It’s more exciting because it gives you ideas that you wouldn’t have thought of,” Leriche says. “When you start from scratch, you can have your ideas, but working with an existing building is like a conversation where the architect wants to say one thing, but the building wants to say something else.

“The result is a dialog between modernity and history,” he continues. “Different layers of time combine together. For example, we’ll renew the offices but keep the staircase to remind people that the building was something else before. It’s richer and more interesting. It’s from the past and the present and the future for the employees who will work in it.” 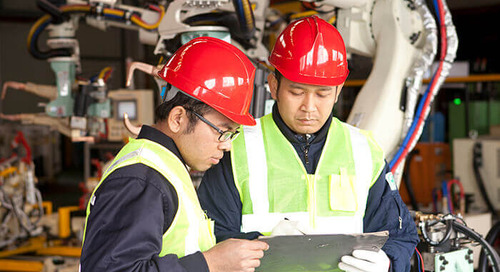 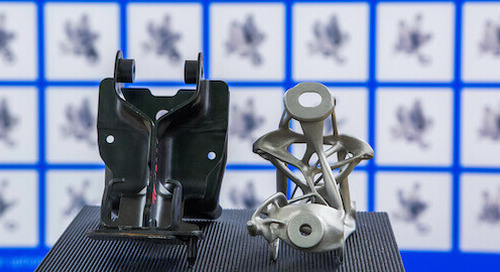 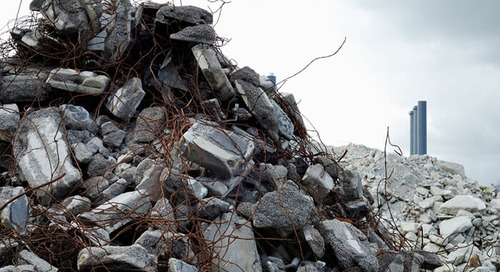 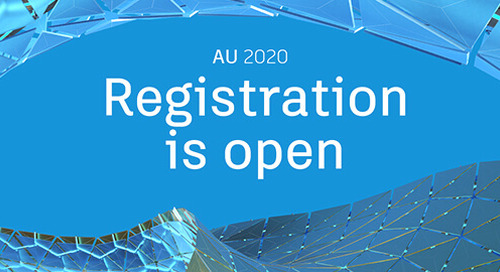 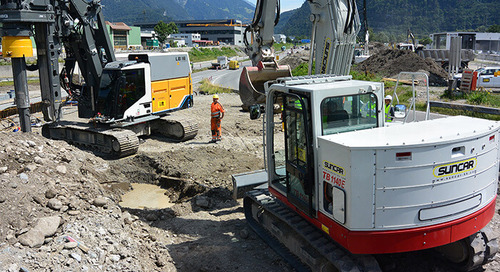 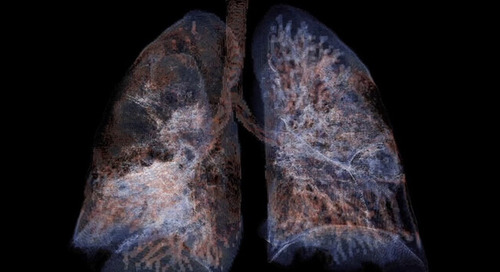 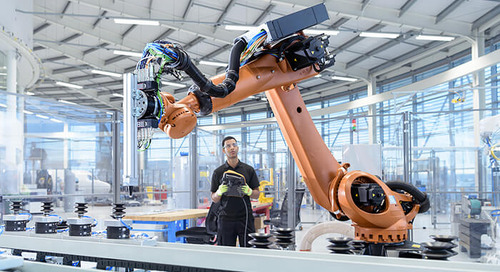 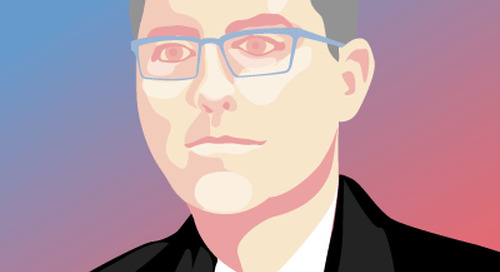 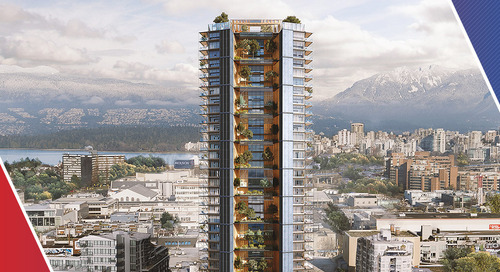 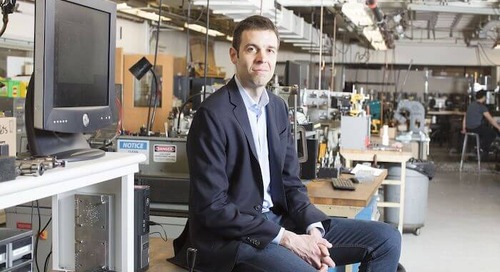 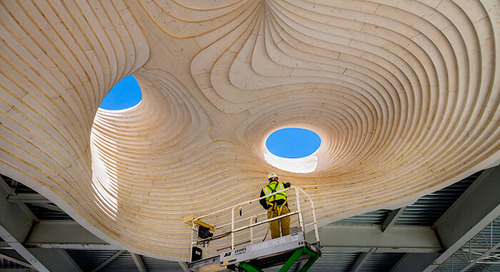 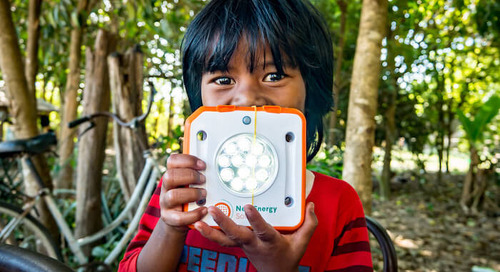 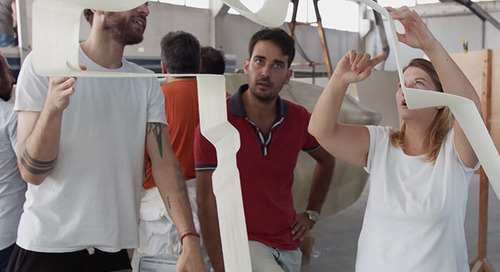 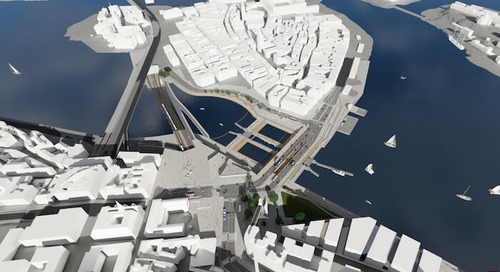 A massive urban-infrastructure project in Stockholm is transforming the city's aging commuter nexus, with construction digitization playing a decisive role. 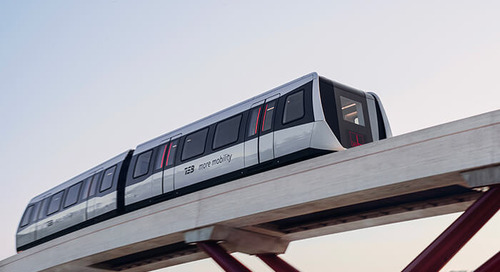 German company Max Bögl has taken the next step in the development of maglev technology. China has recognized its huge potential for local transport. 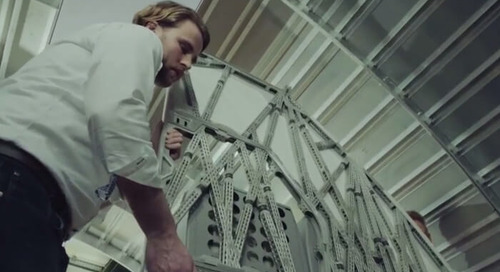 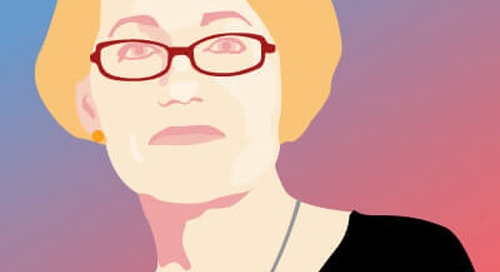 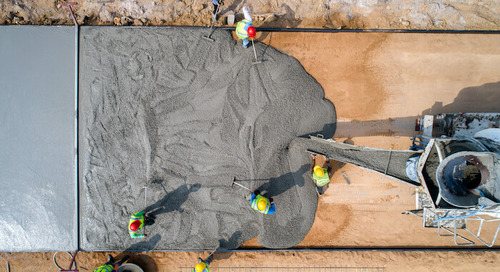 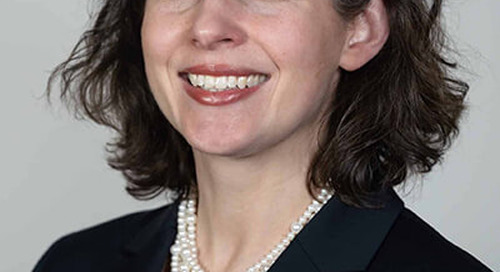 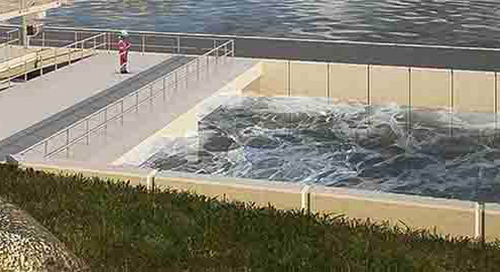 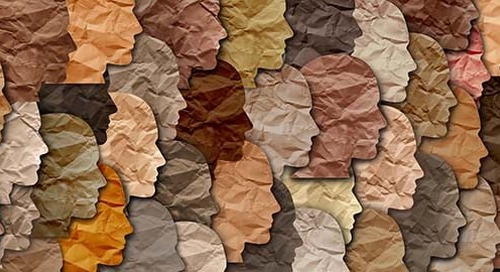 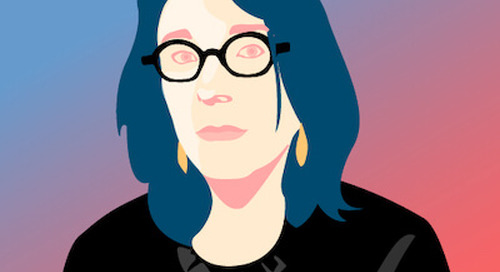